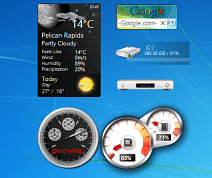 Do you miss having desktop gadgets that were available in Vista and Windows 7? Now you can easily get them back, including the sidebar on Windows 8 and 8.1.

Windows 8 is in a strange place right now, in one sense it’s ahead of its time, but public and current hardware isn’t quite ready for it yet. On the other hand, most of the traditional elements are still there like the desktop, but not everything – Gadgets for example. Remember Gadgets? They were introduced with Vista, and continued on in Windows 7. I remember booting up Vista for the first time and seeing the Gadget Sidebar, which had some cool stuff that could be useful.

Leave it to third-party developers to fill in the holes in Windows 8 that Microsoft has created. For example, no Start button or menu? No problem – use Classic Shell. Need to boot straight to desktop or have modern/metro-style apps work on the desktop, Stardock has you covered. Now for getting your gadgets on in Windows 8, check out 8GadgetPack – a free utility that installs the original Gadget program files on the new Windows OS.

Get Gadgets Back in Windows 8

After you install 8GadgetPack you’ll get the traditional Gadget Sidebar that you remember from Vista. Actually here I have it installed on a test system running the Windows 8.1 Public Preview. 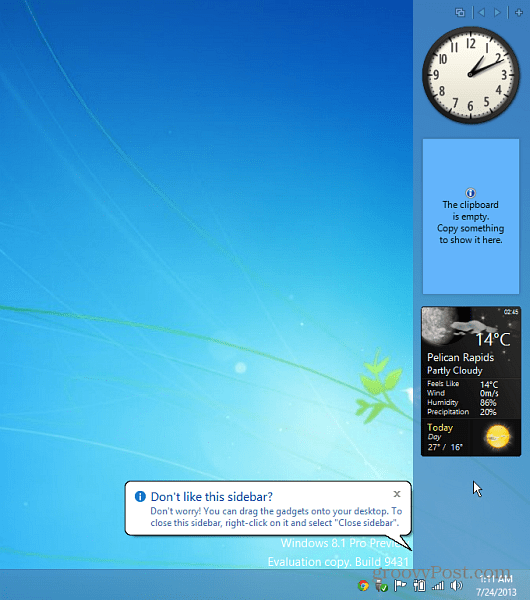 When it first launches you’ll just have a few on the bar. To add more, click the “+”Add Gadgets icon on the upper right corner. 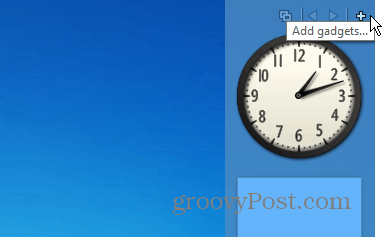 Then you’ll get a windows showing you four pages of different gadgets that are available. The cool thing is it includes a ton of gadgets like the analog clock, CPU Meter, Feed Headlines, Sticky Notes, Weather, and a lot more.

You can see all of the gadgets included, and download the utility from the 8GadgetPack site. 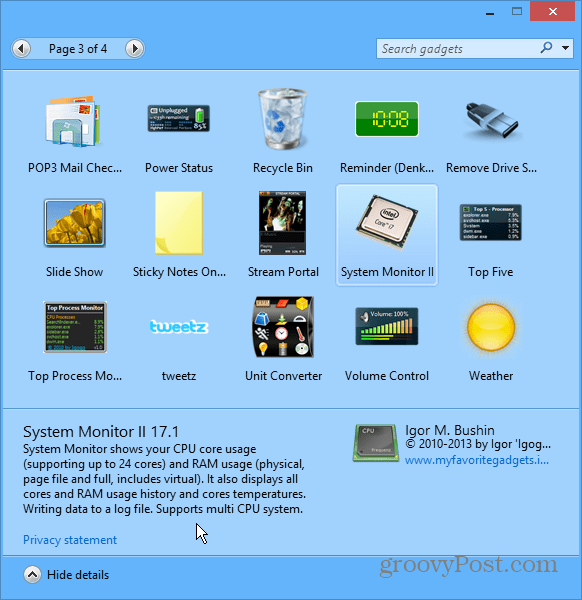 It works just like the original version too. You can drag the gadgets to your desktop and manage the settings of each one. 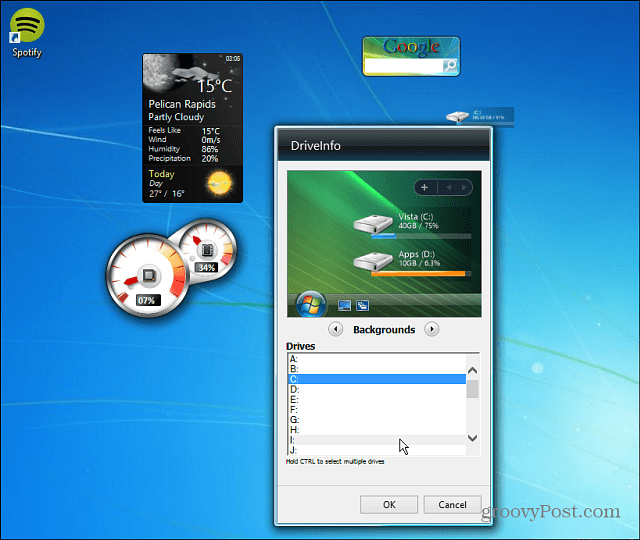 Another thing you’ll notice after installing it, you’ll have a Gadgets item placed on the context menu. 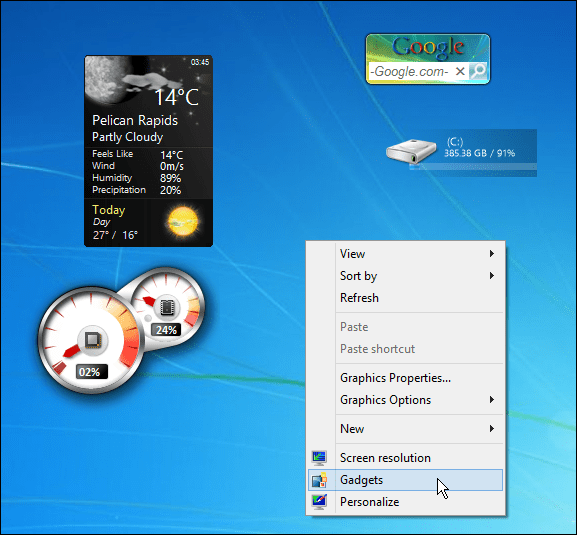 If you want to hide the bar, just right click an empty area on it and click Close Sidebar. 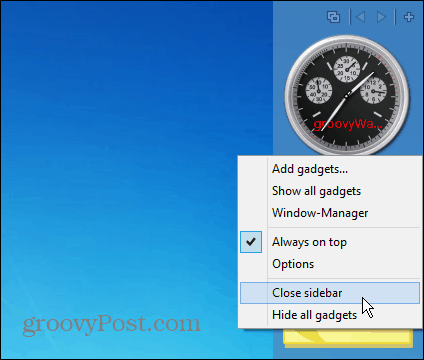 What Happened to Gadgets Anyway?

Gadgets were discontinued by Microsoft because of what the company claims are security issues. According to the Microsoft Windows site:

Gadgets are no longer available on our website because the Windows Sidebar platform in Windows 7 and Windows Vista has serious vulnerabilities. Microsoft has retired the feature in newer releases of Windows. Gadgets could be exploited to harm your computer, access your computer’s files, show you objectionable content, or change their behavior at any time. An attacker could even use a gadget to take complete control of your PC. If you’re concerned about the safety of gadgets you’ve downloaded, find out more about gadgets and steps you can take to protect your PC.

While testing this out over the past few days though, all of the included gadgets are safe, contain no malware, and didn’t cause any problems with my computers. Also there is no crapware as long as you get 8GadgetPack directly from its site, and not the crapware laden download.com. There are ads on the site, and when you go to download it, make sure you click the v7.0 button on the right side of the page. 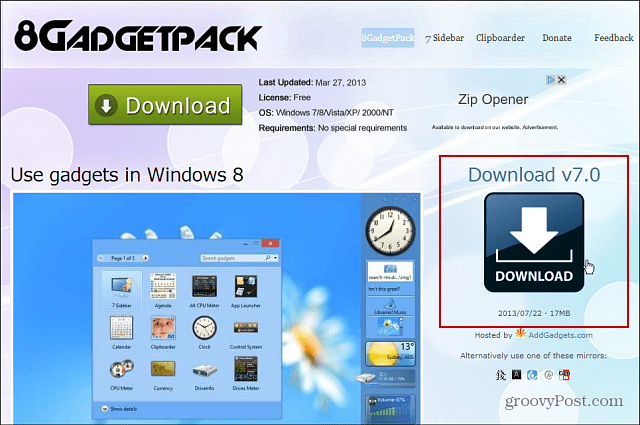