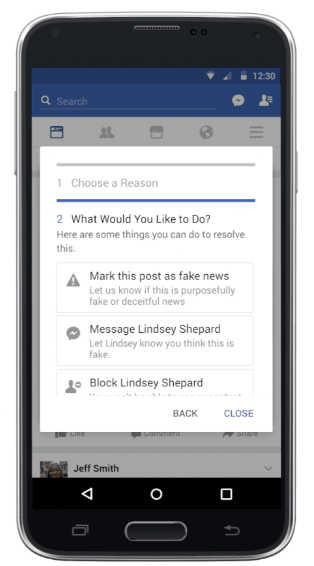 Fake news is harder to identify and more damaging than spam. While the industry works to respond to this issue, here are some measures you can take to help curb the spread of fake news.

Is all that fake news on Facebook getting you down? It looks like the tide is about to turn. After many complaints, Facebook is planning to make major changes to its news feed algorithm aimed at curbing fake news. They are also providing tools to help users report stories they determine are false. For me, 2016 has turned out to be quite the year of the fake—here in Jamaica; we have been dealing with a lot of counterfeit goods flooding the market.

This is a year that users need to think hard about what you buy, read or even empathize about. Earlier in the year, I started seeing the early signs of fake news in my news feed from users, including family and close friends. I never thought too much of it, but as the 2016 U.S. election approached, the floodgates opened.  Even after the election, the war on facts continues because, apparently, people are making serious money off fake news.

So, what can you do to avoid getting caught in the crossfire? How can you ensure that you don’t contribute to the problem by proliferating fake news? Here are five ways you can spot fake news and stop its spread.

Before we begin, let’s talk about what Facebook is doing to help users identify fake news and report it. Last week, the company announced it is developing tools it will soon roll out to the social network. These tools will help users verify news stories and alert users when a story about to be shared is fake. 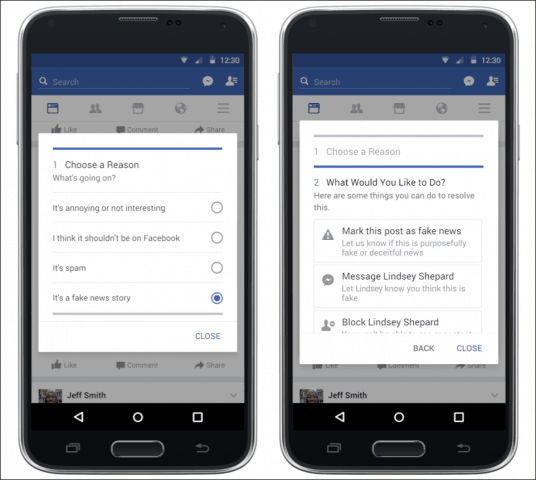 Facebook is also working with third-party sources to create a pool of trusted fact checkers. This won’t prevent users from sharing a story, but it will be labeled as disputed, and will also get a lower ranking in Facebook’s newsfeed. This is an excellent move; I applaud Facebook for going the extra mile, albeit, one year late. 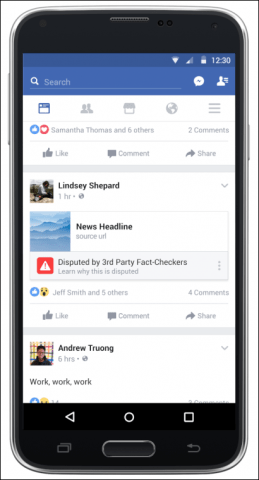 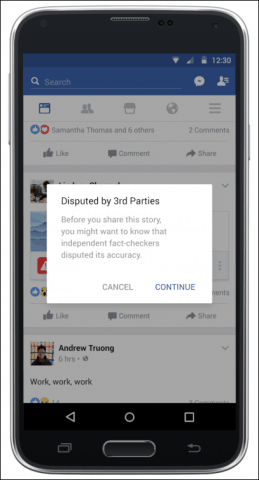 In the meantime, what can you do to ensure you are not adding to the problem? This is where it all started: trusted family and friends would post stories without verifying the source. Facebook is this amazing island, and it has both good and bad parts. I consider it to be Internet 2, and just like any country or state; there are some shady parts you just don’t visit. The easiest thing you can do on Facebook is to only follow verified sources; Facebook makes it easy to do. Anytime you visit a page for a popular publication, news network, public figure or celebrity; there is a blue check mark emblem to identify them as verified. Twitter and Instagram have the same feature if you prefer using those social networks.

If the story you clicked is from an unverified website or the story itself cannot be verified, there are many popular websites you can use to fact check its authenticity. The most popular to date is snopes.com, which Facebook is working with as part of its fact checking system. Snopes works just like a search engine; enter the keywords or URL then click Go. Snopes itself is not perfect, since a recent trending story, which turned out to be a hoax, yielded no relevant results. But for well-known debunked stories, it only takes five seconds to plug it into snopes.com to see if it’s on their radar. 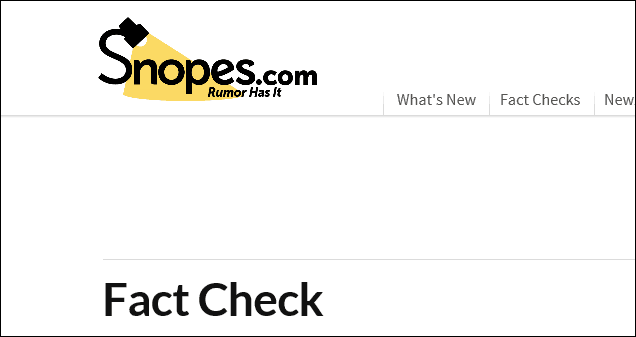 4. Use Slate’s This is Fake Chome Extension

Chrome users can utilize a third-party plugin created by the folks over at slate.com to identify fake news. Called This is Fake, the developers were inspired to create the plug-in after witnessing the severity and impact of fake news throughout the 2016 presidential campaigns. The plug-in is a free download from the official website or the Chrome web store. Once installed, users will notice an unmistakable red banner over stories Slate has determined to be fake. 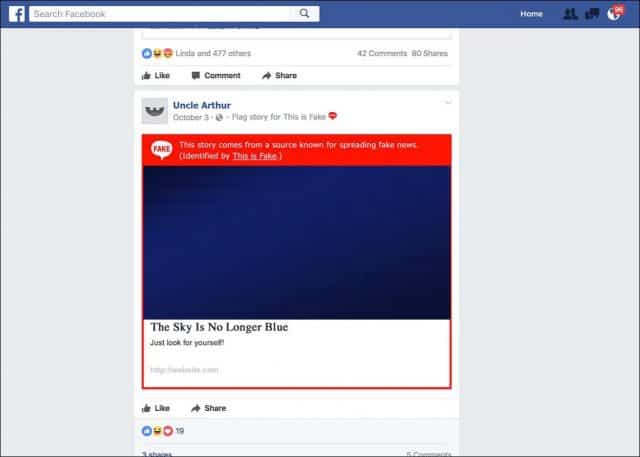 5. Use Block, Unfollow, and Report to Create a Positive (and Fact-based) Experience on Facebook

If you see family or friends sharing stories you know aren’t true, don’t be afraid to dispute it by posting a comment or send them a message to let them know. If they intentionally do it or are repeat offenders, you can do some simple things like unfriend/block them, hide their stories or report it, which will give you one of the two options mentioned. Dave recently went in depth about how you can create a positive experience on Facebook; especially during a time when the news is flooded with divisive topics and controversy. 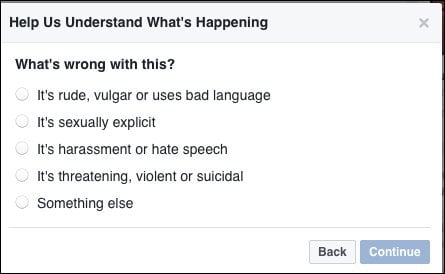 Snopes.com and plugins like This is Fake are only a small part of the solution; again, users will need to play their role until Facebook bakes in a more robust system. Users need to change their habits about how they consume information, too. Facebook makes the world a small place and anyone with a smartphone and mobile data connection can write something, take a picture from any part of the world, post it to a social network and it instantly becomes viral.  Whether it’s a Santa Claus telling a heart-breaking tale or claims of some unfounded atrocities, the veracity of a story should play a role in how shareworthy it is, but too often, it doesn’t.

Users also need to get back to some of the fundamentals of Facebook. Of course, it is in Facebook’s best interest to evolve the platform, especially in an industry where competitors are moving fast, and new ones pop up every day with innovative features. There are things you can do with Facebook that doesn’t have to be centered around just the news feed—like checking in on a friend or family member, posting photos from a recent vacation or trip, or sharing funny videos.

Also, it’s important to get some variety in your media diet. Getting all your news from a certain blog, social media platform, or circle of contacts can have an echo chamber effect. It can be refreshing, if not enlightening, to get another perspective. Read your local newspaper, or check out an international news broadcast from another country, or tune-in to the nightly national news. No source will ever get 100% of the facts right 100% of the time but recognize that some of the more established news sources have a more rigorous vetting process for what goes on air—their reputation as a news source depends on it.

And as always, if something seems too good or too bad to be true, take it with a grain of salt. If you are even a little uncertain about the facts, then maybe give it a few hours or days before sharing it.

How do you handle fake news in your feed? Tell us in the comments.