Everyone knows that Google Voice lets you have one number that will ring all of your phones, transcribe voicemails, and email your SMS to you.  But what else can it do?  There was certainly a lot of hype surrounding the service when it was known as Grand Central, and then later while in beta.  Now that the hype has died down, many are left wondering what to do with the Voice account that they signed up for.   Well, here are a few things you can try out!

#1.  Make calls on your computer from your Gmail account 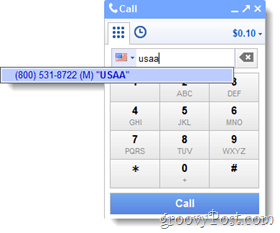 If you have a headset or built-in sound equipment, your computer suddenly becomes one of the most convenient ways to make calls.

If you think a call might be important or entertaining, you can save it and listen to it later. To do this, during the call just Press the number 4 on your dial-pad.  In the Gmail dialer there is a little red icon that will do the same thing.  A short message will play alerting the caller of that the call is being recorded, and then it will start recording immediately after.

Keep in mind that some state laws prohibit recording phone calls without the consent of the other party, although usually that consent is just you telling them it is being recorded and them not objecting.  I’m not a lawyer, so you’ll want to check up on this yourself to be sure you’re legally in the clear.

To play recorded calls, just open up your Google Voice account in a web browser and Click the Recorded tab.

Note: This feature is not enabled for Outgoing calls or calls initiated from the Call button.  It only works with incoming calls… 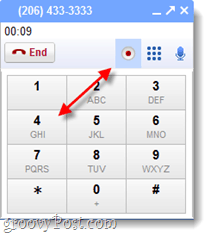 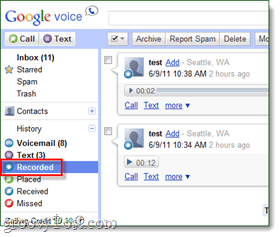 #3.  Create a stand-alone Google Voice account without any attached phone.

You don’t even need a phone to take advantage of Google Voice.  Or on the same note, you can open up multiple Google Voices using one phone.

Google doesn’t allow one cell phone to be connected to two different Voice accounts, so you can repeatedly use one phone to create new accounts.  Each time your phone is associated with a new account, it is then automatically removed from the previous one.  But, you’re still left with access to all of the old Google Voice accounts, and now with Gmail forwarding, you have yourself a number that only dials your Gmail account. 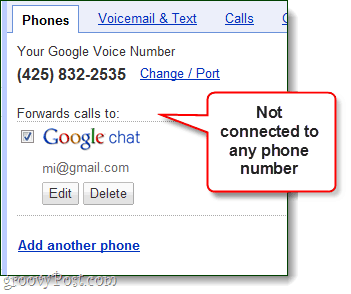 You can send (SMS) text using Google Voice without even having a text messaging plan.  All text messages sent through Google Voice are considered DATA and so your carrier really has no idea you are even sending them, it just looks like internet browsing.  This works in a desktop browser, mobile browser, and the iOS or Android Google Voice apps.

I found this trick especially helpful when combined with #3 above.

Please be courteous!  If the recipient is not using Google Voice, they will be charged based on their text messaging plan.  Just because it’s free for you doesn’t mean it’s free for everyone!  But, with that said most people have unlimited texting (SMS) plans anyway.

#5.  Let people call you without giving out any number at all

Google Voice has an online widget that can act as your personal number proxy.  You can set this up on the Widget page of your account, and then customize what number it goes to as well as what greeting is played.

This is great if you are selling something online and don’t want your number posted.  And it also works in reverse, you can input someone else’s number, and then Google will call them and ask them to press 1 to connect.

If you need a place to embed your widget, Google Sites will work. 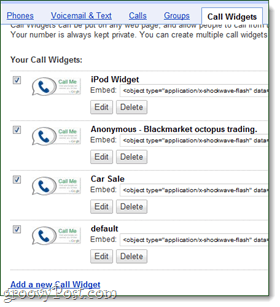 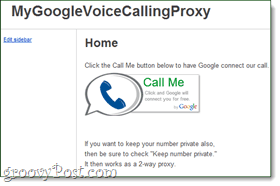 Last, and probably least, there were also a few other useful things to do in Google Voice worth an honorable mention: