You might know Epic Games from Fortnite, but it has a lot more to offer gamers. Here’s what you need to know.

If you’re a gamer, you’ve probably already familiar with Epic Games. It’s a gaming powerhouse responsible for the Fortnite phenomenon that threw away the rulebook and set the parameters for the free-to-play gaming market, along with other games like Gears of War.

Epic is also responsible for Unreal Engine, the 3D gaming engine behind hundreds of AAA and Indie games on all major platforms. It also owns the Epic Games Store, the popular game distribution platform that rivals Steam for dominance in the PC gaming market.

Epic Games is everywhere, but if you’re curious to learn more about this AAA game developer, publisher, and gaming storefront, here’s what you’ll need to know.

A Brief History of Epic Games

Epic Games (or Potomac Computer Systems, as it was then known) was formed back in 1991. It started as an IT consultancy company for the founder, Tim Sweeney, in Maryland before Sweeney switched to game development with the release of ZZT, a puzzle game for MS-DOS. 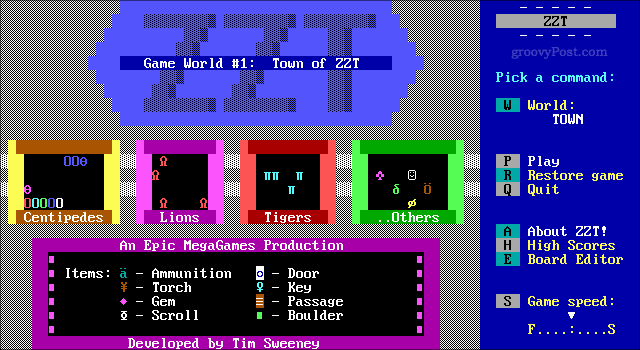 Sweeney’s unexpected success with ZZT lead to a new name in 1992 — Epic MegaGames. Over the course of the 1990s, Sweeney and his small team began producing and releasing new games for the fledgling 3D gaming market, including Unreal, one of the earliest examples of a 3D first-person shooter, back in 1998.

This is also the point in Epic’s history that Unreal Engine, one of the first 3D game engines, became available.

By the end of the 1990s, Epic Games (as it then became known) had moved to North Carolina, releasing the critically acclaimed Unreal Tournament in 1999. A pivot to console platforms led to the release of Gears of War in 2006 and several sequels to the original UT. 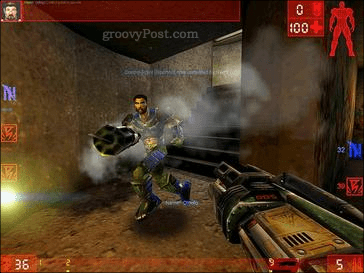 By the early 2010s, Epic was big, but not quite Fortnite big—yet. The original Fortnite was released in 2011, but with a shift to free-to-play (along with outside investment from Chinese rival Tencent), Epic launched Fortnite Battle Royale in 2018.

Fortnite BR was the turning point for Epic that was nearly 30 years in the making. Hundreds of millions of players and billions of dollars in revenue later, Epic isn’t just making games. It’s setting precedents that other companies are following. 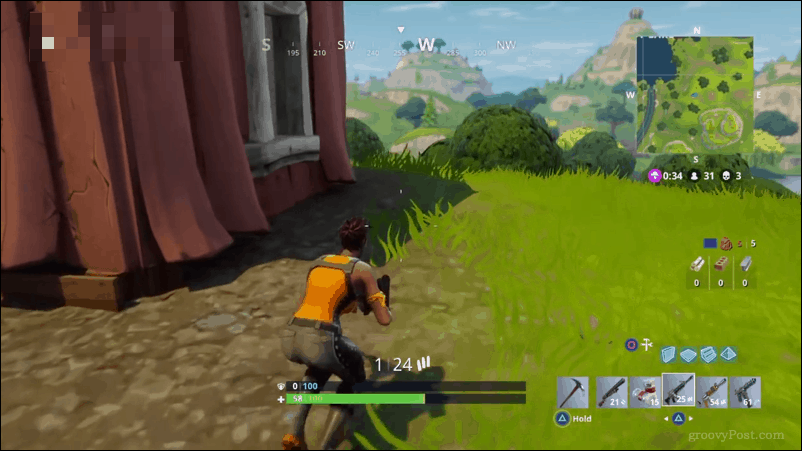 Fortnite wasn’t the first Battle Royale game, but it is one of the most successful, setting the stage for games like Apex Legends to follow.

The revenue generated by Fortnite has allowed Epic to expand, opening new development teams and launching its own distribution platform, the Epic Games Store, in 2018.

Epic Games, for most people, is Fortnite. Fortnite is Epic Game’s best-known product, biggest success, and one of its biggest sources of revenue.

Every switched on; Gen Z gamer has probably given Fortnite a go at some point. Thanks to the free-to-play model, you don’t need to pay anything to play. However, in-app purchases (thanks, V-Bucks) are pushed pretty heavily, contributing to Epic’s incredible financial success.

That said, Epic isn’t just a Fortnite developer. Unreal Engine continues to be the gold standard for 3D gaming for many game developers and helps power games like Valorant, Gears of War, Borderlands, Final Fantasy VIII Remake, and more.

Epic also helps to publish other games through the Epic Games Store. This storefront is a competitor to the well-known Steam, helping to topple Steam’s complete dominance in PC game distribution by providing an alternative for customers to purchase, download, and play popular AAA and indie games.

You can purchase some of the most popular releases (as well as Indie alternatives) from the Epic Games Store, but you can also use the platform to grab a few freebies. Each week, Epic releases a new game for you to own and play permanently at no cost.

The Epic Games Store is the digital storefront for Epic Games on Windows and macOS. Launched as a more affordable Steam alternative (at least from a game development point of view), the Epic Games Store has hundreds of games and a growing number of exclusives.

This means that you may need to purchase your games from Epic directly if you want some of the most popular games out there.

How to Purchase Games on the Epic Games Store

To start, open the client or head to the Epic Games Store website. Use the Discover menu to see the latest game releases or press Browse to view games by price, category, or release date.

Once you’ve found a game, you want to purchase, click on it, then press Buy Now (or Get if the game is free). You can also press Add to Wishlist if you’re looking to purchase the game later. 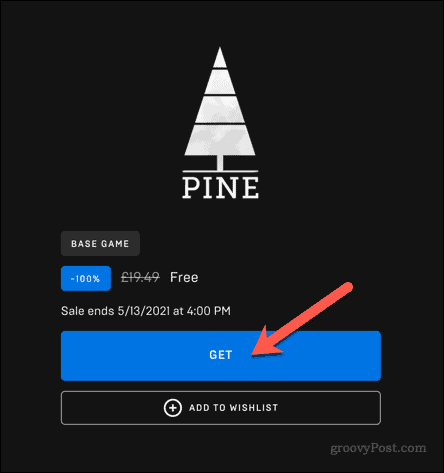 Once you’ve accepted the on-screen terms and conditions, you’ll reach the checkout. Confirm your order details (including payment method), then press Place Order to proceed. 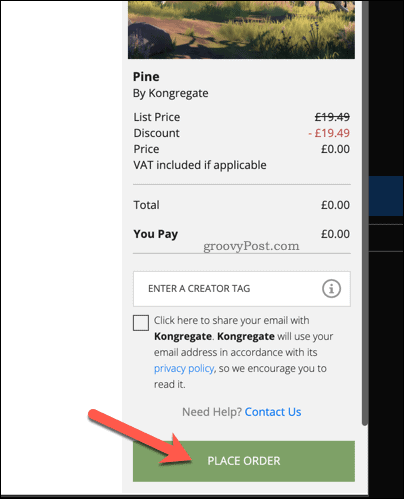 Every week, Epic Games offers a brand new game for you to download—entirely for free. These games are varied, fun, and won’t cost you anything, so what’s not to love?

You can check out the latest free Epic Games Store game online, where this week’s freebie will be yours for the taking. You’ll also get a sneak peek at next week’s free giveaway. Grabbing a freebie game is just like purchasing any other game on Epic (but without the cost).

Follow the instructions above to grab your next free game and head back to Epic’s website to see which game is available each week. Over time, you’ll build up a massive backlog of games to play, from indie breakouts to AAA classics.

Grabbed an Epic Games freebie you just can’t put down? Let us know in the comments below!

If you’re a gamer, you’re likely to experience the fruits of Epic Games’ labor at some point (if you haven’t already).  Whether it’s through Unreal Engine or via a purchase on the Epic Games Store, Epic has plenty of epic gameplay to offer.