Apple Music Lossless Audio is arriving on the paid music service in June. When it does, the service will also pick up Spatial Audio with support for Dolby Atmos. It’s all big news and even more so when you consider the iPhone maker isn’t charging extra for the add-ons. And yet, the new goodies are only possible with the right equipment, as you’ll see below.

Let’s take a closer look at both of the new offerings, starting with lossless audio.

In a move best described as surprising, Apple has announced it’s planning to offer all 75 million songs in its Apple Music catalog in lossless and high-resolution lossless formats. Twenty million titles will make the switch in June, with the rest to follow before the end of the year. Users will need to adjust the audio quality on their respective Apple devices to switch to the new format.

With the move, all Apple Music tracks will transition to lossless auto using ALAC, or Apple Lossless Audio Codec format. As Lossless, the audio is identical to how the artist recorded it, but it’s packaged in a small file size that doesn’t impact the integrity of the original recording.

According to The Verge, Apple plans on offering lossless audio starting at CD quality, which is 16 bit at 44.1 kHz and goes up to 24 bit at 48 kHz natively on Apple devices like iPhone, iPad, and Mac. The highest choice will hit 24 bit at 192 kHz.

At least for now, lossless content won’t be made available for purchase through iTunes, and there will be no way to upgrade the tracks you already own to a better format. You also can’t upgrade tracks to lossless with the paid iTunes Match service. 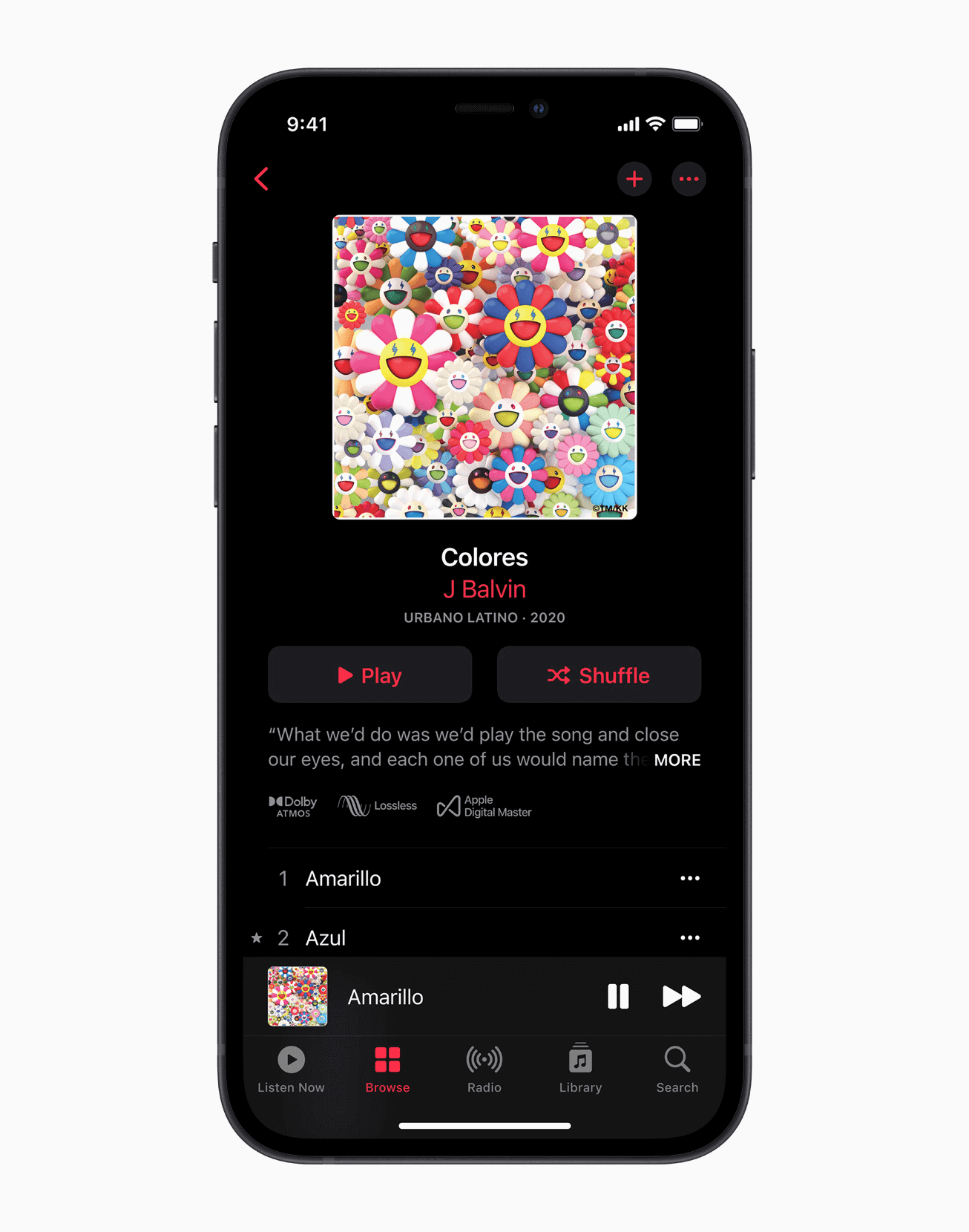 At the bottom of Apple’s press release announcing the Apple Music changes is the following message:

Due to the large file sizes and bandwidth needed for Lossless and Hi-Res Lossless Audio, subscribers will need to opt in to the experience. Hi-Res Lossless also requires external equipment, such as a USB digital-to-analog converter (DAC).

What does requires external equipment mean? To get 24 bit at 192 kHz, you’ll need a digital-to-analog converter (DAC), which there are already many on the market at various price points.

Is Lossless Audio a Big Deal?

Lossless audio brings sounds ever closer to how artists intended. And yet, depending on your hearing quality and the equipment you have, you might not hear that much of a difference. Despite this, it’s the direction other streaming audio services are taking.

Amazon Music HD has long been available to Amazon Music Unlimited subscribers for an extra fee. Since Apple’s announcement, Amazon will now make HD music available for free with membership Tidal also offers high-resolution music with some tracks exceeding 96 kHz / 24 bit audio. There’s also Deezer HD and Qobuz. Spotify plans on offering its own take on HD music before the end of 2021.

On Day 1, Apple Music subscribers will probably be most impressed with Spatial Audio with support for Dolby Atmos. When launched, it will be available to anyone with AirPods or Beats headphones using the Apple H1 or Wi chip and through built-in speakers on iPhone, iPad, and Mac.

With Spatial Audio, you’ll gain an immersive experience where sounds come from all around and from above. Apple began offering a similar feature for video in 2020, and Microsoft Windows 10 now includes Windows Sonic Spatial Sound, which is something similar.

At launch, Apple promises thousands of sounds in Spatial Audio across various genres, including hip-hop, country, Latin, pop, and classical. More tracks will support the technology as more artists get involved.

According to Apple, bringing Spatial Audio with support for Dolby Atmos will ultimately make it easier for musicians, producers, and mix engineers to create songs in Dolby Atmos. The company also promises new initiatives. These double the number of Dolby-enabled studios in major markets, offer educational programs and provide resources to independent artists.

Ahead of this year’s Worldwide Developers Conference (WWDC), Apple surprised us by announcing Apple Music Lossless Audio and Spatial Audio with support for Dolby Atmos. The former isn’t necessarily a game-changer, although it could become one over time as hardware changes. The latter should be immediately felt by owners of supported AirPod and Beats headphones. Look for Apple to announce new headphones soon that also support the feature.

Apple Music’s new features arrive in June 2021. Look for software updates at that time to include the new features.