For just $6 per month, you can play these Amazon Luna games online across multiple platforms.

Amazon Luna is the online retailer’s cloud gaming service. First announced in September 2020, the service began sending out invitations for early access to select users a month later. As of December 2020, the Amazon Luna platform is accessible across multiple platforms, with more expected to get added in the coming months. Here’s more about the service, what it costs, and where it’s available.

Available to U.S.-based gamers only, Amazon Luna is powered by Amazon’s cloud computing platform, AWS. Like other cloud gaming platforms, it lets you stream games across different devices without the need for downloads and local storage. What you do need, however, is a high-speed internet connection and a supported device.

Amazon suggests at least 10Mbps for 1080p streaming and 35Mbps for 4K content, when available. To date, Amazon Luna works on Fire TV, PC, and Mac devices, and the iPhone/iPad through web apps. In December 2020, support was added for select Android smartphones from Google, OnePlus, and Samsung. These mobile devices must have Android 9 or higher installed and provide access on the Chrome web browser version 86 or later.

Luna also features Twitch integration, which will allow players to go from watching streams of their favorite games to playing instantly, as well as support for Alexa – Amazon’s cloud-based voice service.

On support platforms, you can access Amazon Luna by the following means:

What Does It Cost? 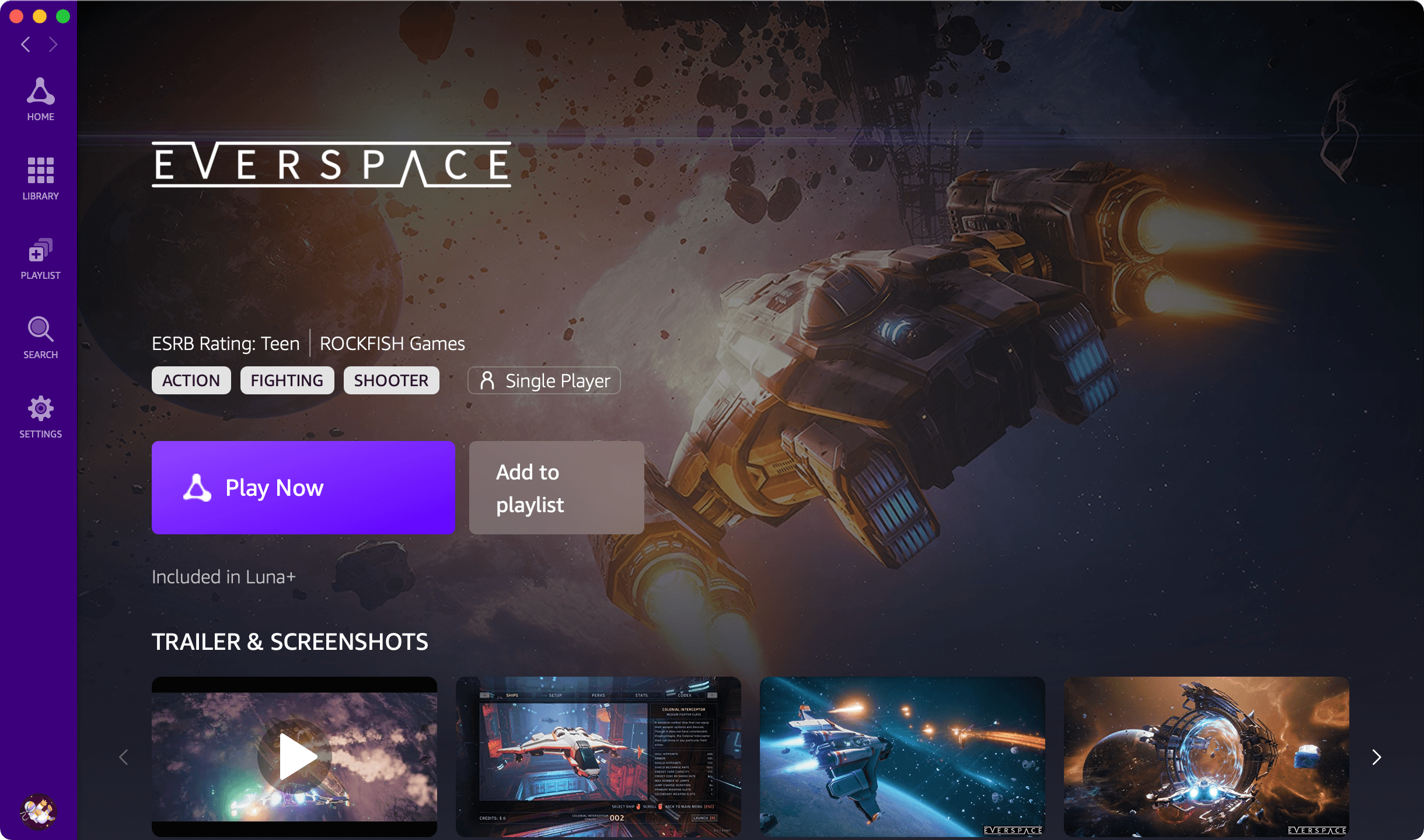 A monthly subscription to the Luna+ game channel is $5.99, which Amazon calls an “introductory price.” Membership allows you to stream on two devices simultaneously up to 1080p/60fps with 4K titles coming soon. For $14.99 more per month, you can subscribe to the Unisoft+ (Beta) channel and access more titles. This channel is also available through Google Stadia. You can cancel your Luna and Unisoft subscription at any time.

Once you gain access to Amazon Luna+, you have the opportunity to purchase the Amazon Luna Controller that’s powered by Cloud Direct technology. Priced at $50, the remote controller connects directly to Luna’s game servers, allowing for easy pick-up and play across all supported devices. Those without an official controller can play with compatible third-party controllers or a mouse and keyboard using Bluetooth or USB. Supported controllers include the PlayStation 4 DualShock 4 Wireless Controller and Xbox One Controller.

Cloud gaming services are gaining popularity, yet one hasn’t yet emerged as a clear market leader. Through pure financial force, Amazon Luna could eventually gain this title. For now, it remains in beta and is looking for players. Just $6 per month will gain your entry once you receive an invitation.

For now, Amazon Luna is only available in the United States. Luna access is granted only on a limited invitation-only basis. You can sign-up to receive an invitation from the Luna landing page.