We all deserve to LOL, or perhaps lul, lolz, or LOLOLOLOL. Whatever you do, sit back, relax, and put a big smile on your face.

It’s been a crazy year full of uncertainty and not a lot of fun. That’s beginning to change, of course. It’s because of this one of the most recognizable internet slang terms is making a triumphant comeback, “LOL.” When you’re looking to smile, there is perhaps not a better term to use online.

What Does LOL Mean?

The popular term means “laughing out loud” or “laugh out loud.” It was first spotted on Usenet but is now used across the internet in text and other forms of digital communication. You’ll also see it on social networks like Twitter, Instagram, and Facebook. When using the term, the sender clarifies that what was just said made them laugh, smile, or feel good.

Alternatives to the popular term include “LMFAO,” “ROTFL,” and “ROTFLOL,” which all mean “laughing my ass off.” The plural form of LOL is “lulz,” which refers to laughter at someone else’s expense. Other variations include “lul,” and “lolz.” If you really want to get your message across, use “LOLOLOLOL.” 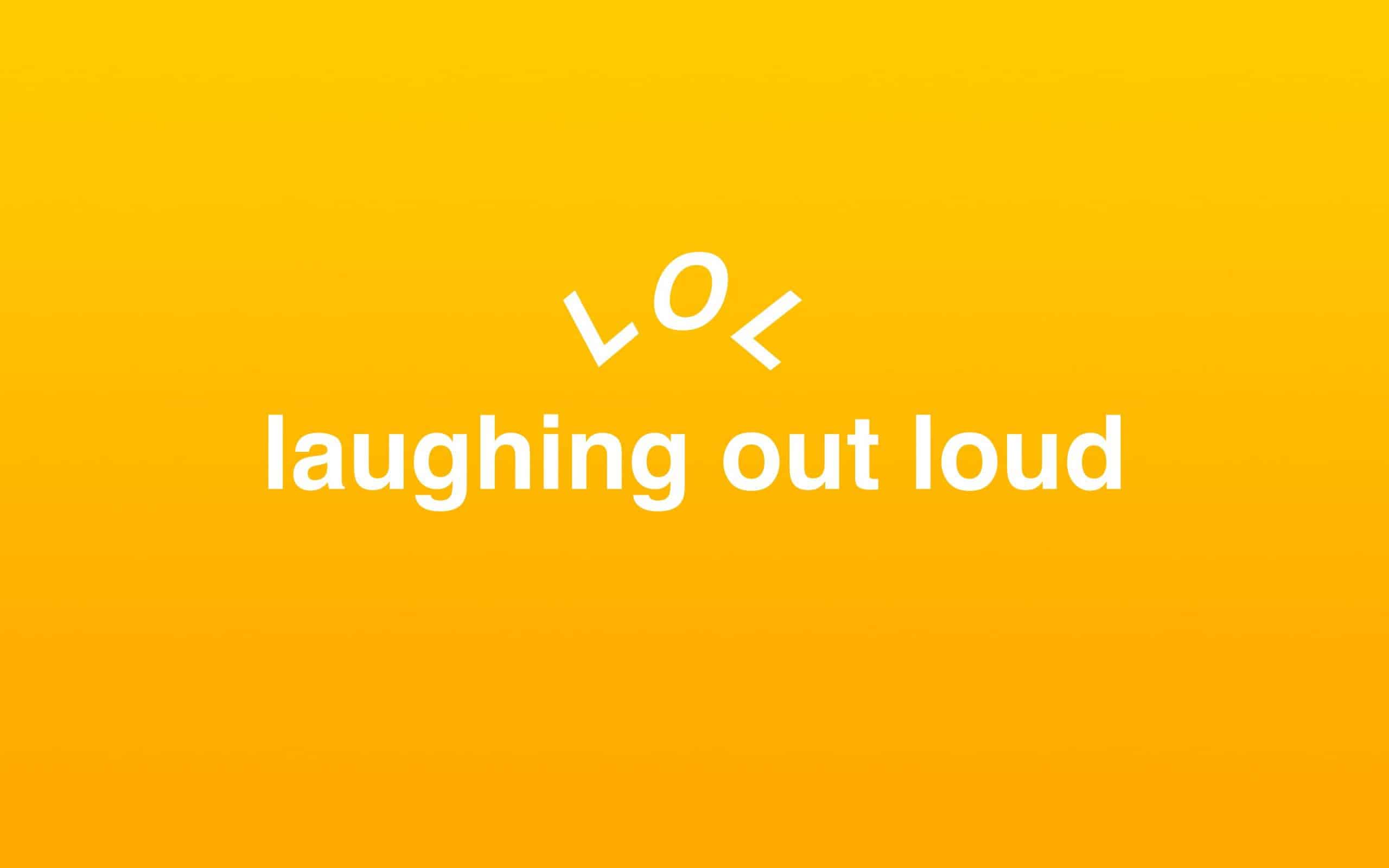 According to The Huffington Post, the first use of the laughing out loud term online might have occurred in the early 1980s in Calgary, Canada, on Viewline, a bulletin board system. Claiming to be the inventor of LOL, Wayne Pearson wrote, “I always emphasized (and still do) that it was meant to be used *only* if you truly Laughed Out Loud.” Elsewhere, lexicographer and netspeak historian Ben Zimmer told PCWorld that the first documented mention of LOL comes from a May 1989 newsletter called FidoNews.

Here are a few examples of the term:

Two of LOL’s other meanings go back to before the internet when letter-writing was in style. These include “lots of love” or “lots of luck.” “Little old lady” has also been used. In the present day, some folks have extended the use of LOL into other words. These include lollerskates, lollercoaster, loltastic, roflcopter, and more.

Keep coming back to GroovyPost to learn more about other internet slang terms. Until then, lol!