HTH has two primary meanings online. Neither is right or wrong. Just make sure you’re using in the right context.

Unlike most internet abbreviations, “HTH” generally has two meanings online. Ask yourself, so is one better than the other? Let’s take a look.

What Does HTH Mean?

HTH means “hope that helps” or “how the hell.”  The former is usually used in online communication at the end of a message, while the latter typically sets up further dialogue between two or more recipients.

Here’s an example of HTH as “hope that helps”:

Here’s an example of the term being used with the meaning of “how the hell.” 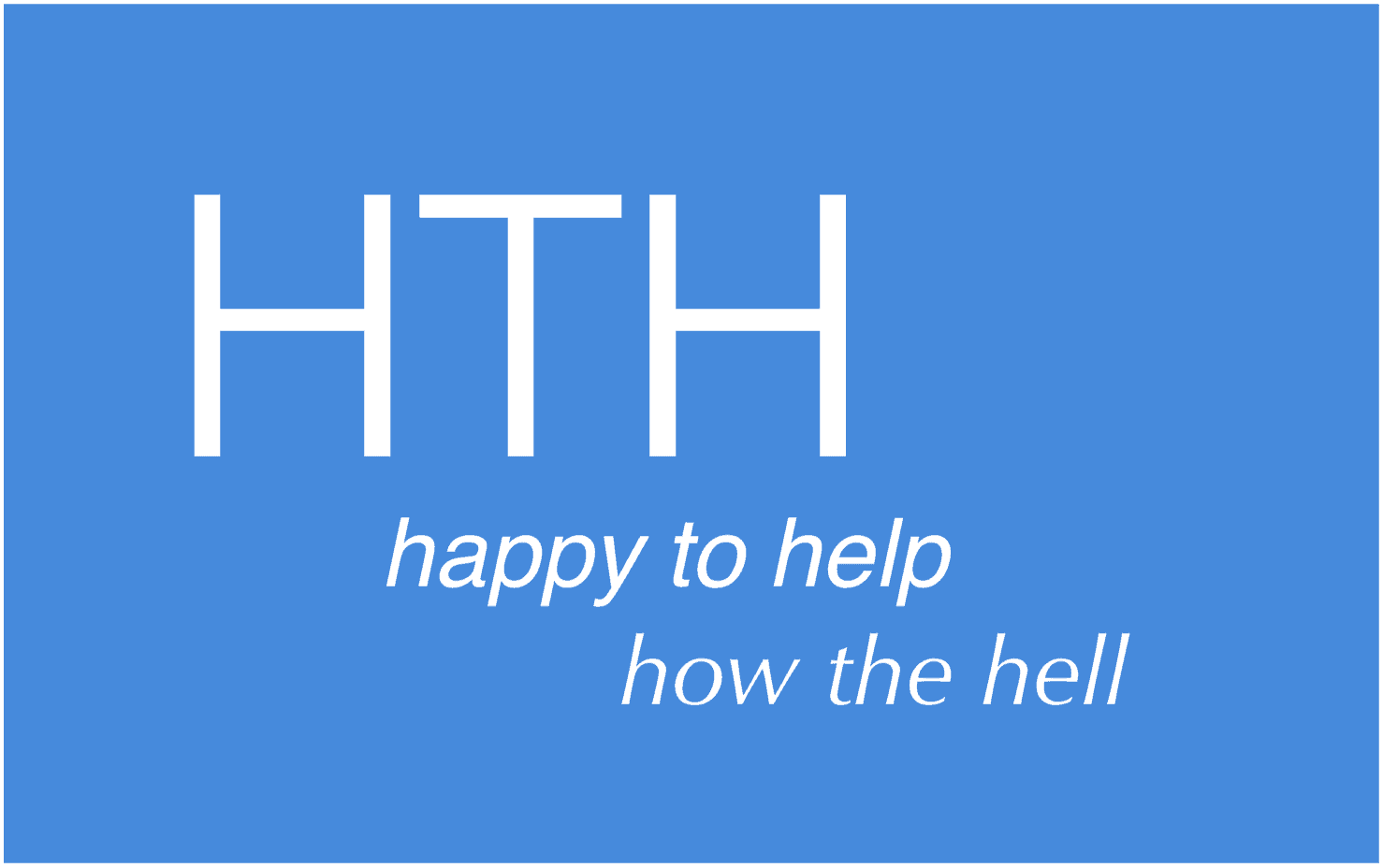 Check out some examples of the term being used on Twitter:

this isnt really the path that i wanted. hth did i ended up here? :(

That's a dog not a cyclist HTH.

Related Abbreviations and Other Meanings

Among the related abbreviations to the term, you’ll find For The Win, In Real Life, Not Safe for Work, In My Humble Opinion, Shaking My Head, and many more.

The three-letter abbreviation also has other meanings, including Host to Host, Heavy Transport Helicopter, Head to Head, Hand to Hand Combat, and Highway to Hell by AC/DC. Others are Hollywood Tower Hotel, Have to Hurry, and Hell that Hurts. Digging deeper, we found High Tail Hall, Hit The Hay, High Tech High, Honky Tonk Husklas, and Hard to Handle.

The world loves internet abbreviations. The ones we’ve covered at groovyPost most recently are DM, COPPA, IRL, and others. Come back often to see the abbreviations we cover next. You’ll be happy you did!