The iPad mini 2021 has arrived in stores. It’s the first new iPad mini in nearly 2 1/2 years. Featuring new internals and a larger display, the iPad mini 2021 is still Apple’s smallest tablet, and it’s a lot like the iPad Air 4 that launched a year earlier. From multiple color choices to a fingerprint identity sensor built into the top button, these iPads both have a lot going for them. Here’s a look at their similarities and differences.

The new iPad comes in four colors: Pink, Purple, Space Gray, and Starlight. The latter is a cross between gold and white. With this, you’ll receive an A15 Bionic chip with Neural Engine. It’s the same chip found on the recently introduced iPhone 13. Storage-wise, the iPad Air 2020 is available with 64GB or 256GB, and, like all iPads, it’s available with cellular.

Once you get past the screen size differences, these two tablets are identical in many ways, although some interesting differences are worth highlighting.

Turning first to those displays, both models feature an LED-backlit Multi-Touch display with IPS technology. Additionally, they include 500 nits max brightness, fingerprint-resistant oleophobic coating, fully laminated display, anti-reflective coating, and wide color display (P3). The iPad mini 2021 has a 2266-by-488 resolution at 326 PPI, and the older tablet offers a 2360-by-1640 resolution at 264 PPI. 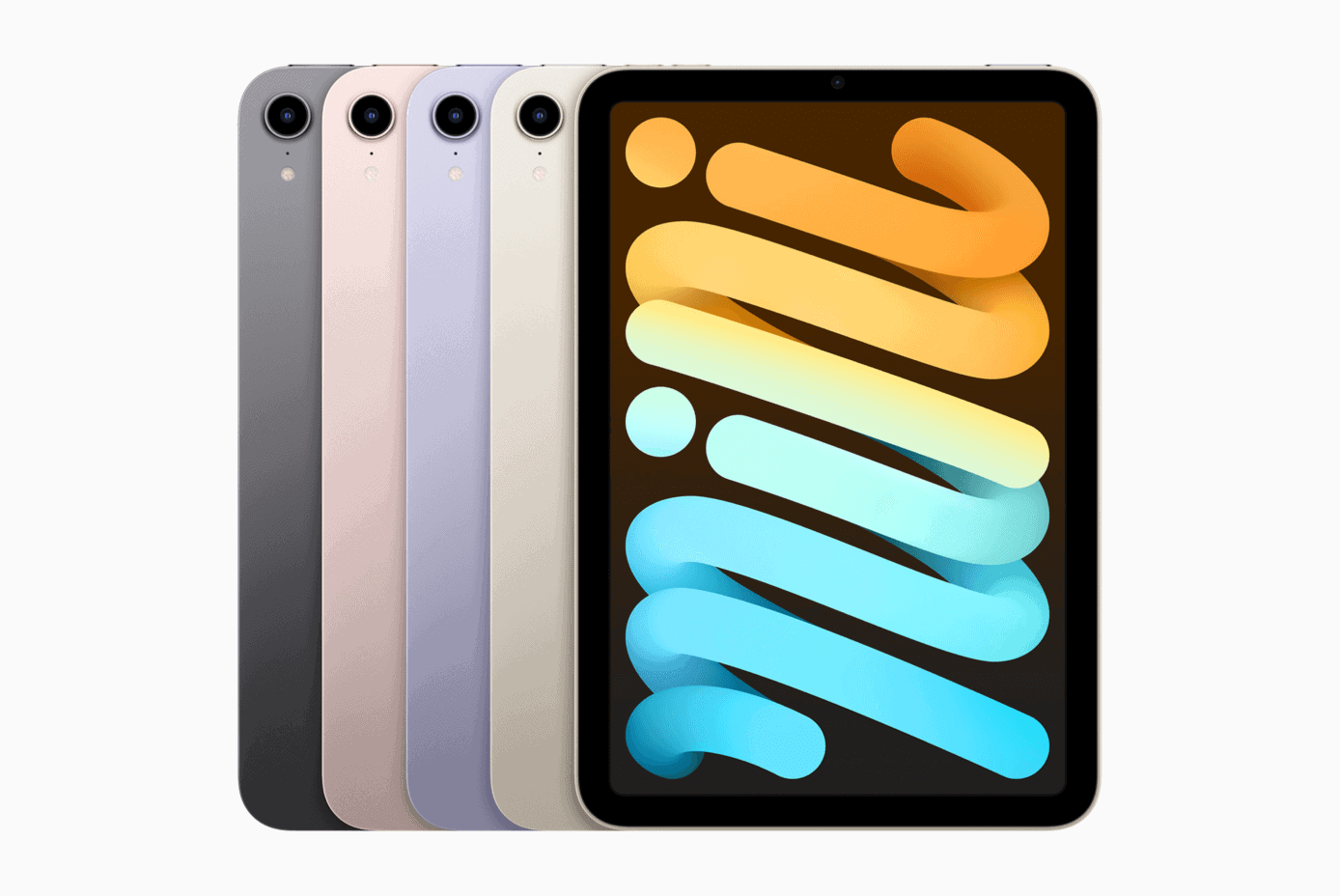 Both tablets include a 12MP Wide Camera that offers a ƒ/1.8 aperture, digital zoom up to 5x, and Smart HDR 3 for photos. Only the iPad mini 2021 consists of a Quad-LED True Tone flash that improves images in low light. On the video recording side, things are also nearly aligned with both machines offering 4K video recording at 24 fps, 25 fps, 30 fps, or 60 fps, 3x video zoom, Slo-mo video support for 1080p at 120 fps or 240 fps, and Time-lapse video with stabilization. In a shift, the newer tablet also includes 1080p HD video recording at 25 fps, 30 fps, or 60 fps versus only 1080p HD video recording at 60 fps on the older model. The iPad Air 2021 also provides an extended dynamic range for video up to 30 fps.

You will also see Apple Pencil 2 compatibility, a USB-C port (not Lightning), and popular sensors, including a three-axis gyro, accelerometer, ambient light sensor, and barometer on both models. Finally, both tablets offer up to 10 hours between charges when surfing the web on Wi-Fi or watching a video, or nine hours on cellular.

The iPad Air comes with a 7MP front-facing FaceTime HD camera compared to the better 12MP Ultra Wide front camera on the newer tablet. Finally, the iPad mini 2021 is the only one to offer Center Stage, first introduced on the iPad Pro series. With Center Stage, machine learning adjusts the front-facing Ultra-Wide camera when you use video apps like FaceTime. As you move around, Center Stage helps keep you and anyone else with you in the frame. 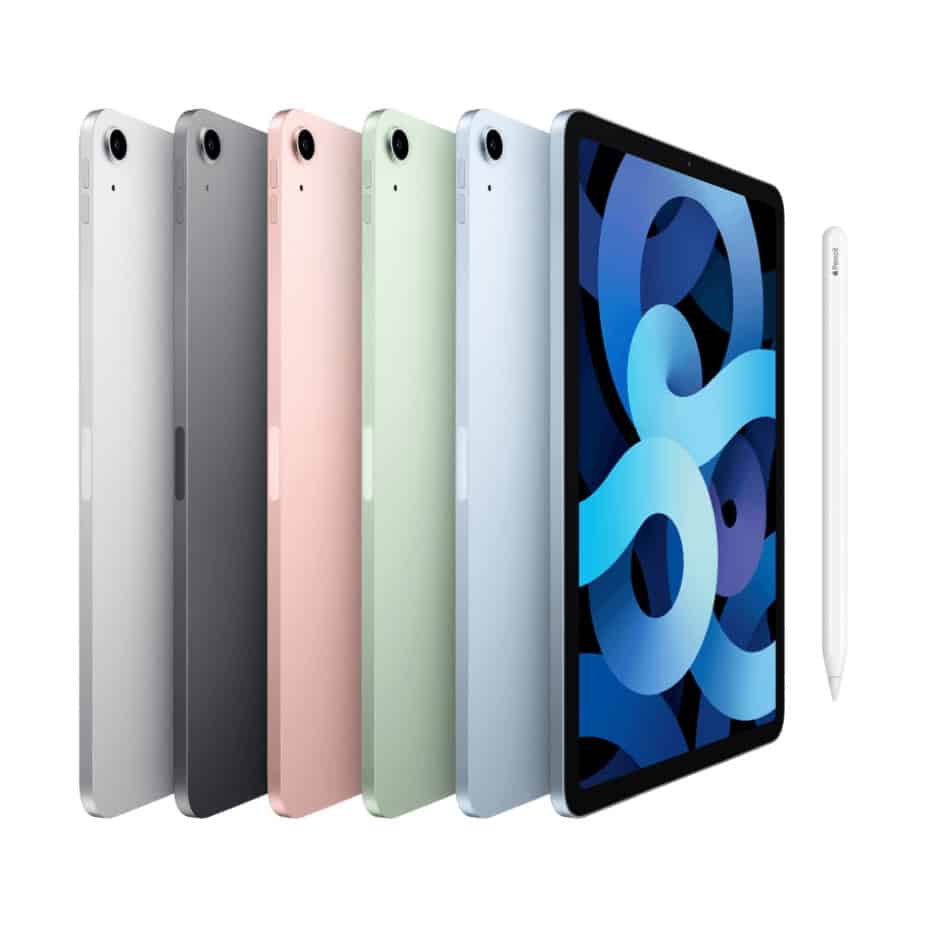 Beyond this, the differences are less technical, starting with the available colors.

When it was released, the biggest news about the iPad Air 2020 was Apple’s decision to offer it in a record six colors: Silver, Space Gray, Rose Gold, Green, and Sky Blue. However, the two tablets only share the Space Gray color, which is unexpected. Apple also elected not to offer a Smart Connector on the smallest of the two tablets. No doubt, it’s because there are no plans to bring the company’s expensive Magic Keyboard to an 8.2-inch tablet.

And finally, for anyone still caring, the iPad mini does not have GSM/EDGE on the cellular model of the iPad mini 2021. Apple was bound to remove the old cellular protocol sometime, and that time is now.

Which Should You Buy?

Most tablet buyers will decide whether to buy the iPad mini 2021 based on its display size and with good reason. Still, it’s great to see some justification for Apple raising the entry-level price of the tablet from $399 to $499 between generations. For this, you get Apple’s latest chipset, most of what makes the iPad Air 2020 a winner, and much more.