This week’s free app is the board game Tsuro. Normally it’s $2.99, but you can get it free from iTunes until Thursday, August 24th.

This week’s free app is the board game Tsuro. Normally it’s $2.99, but you can get it free from iTunes until Thursday, August 24th.

Tsuro started as a board game, and it’s still available for analog play.  Your goal is to move your stone token across a path along the board.  You’ll pick cards, and those cards determine where your stone moves next.  The game ends if you fall off the board.  To win, you can pick either survival, length of the path, or high score. 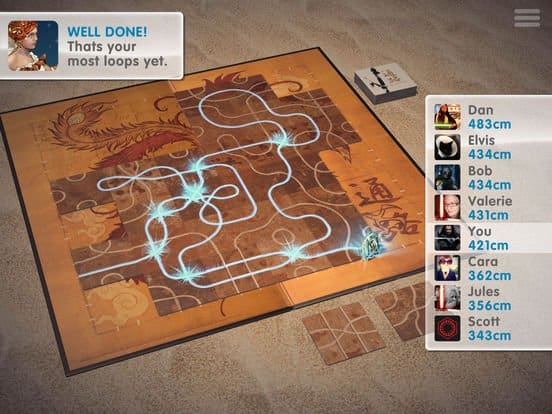 Tsuro lets you play against a virtual player or with friends on Facebook.

Any child or adult who has a few spatial orientation skills can play this game.  It’s like an advanced version of Chutes and Ladders.  Against the computer, the gameplay takes less than a few minutes to go through the deck.

With the Facebook integration, you can invite up to eight players. 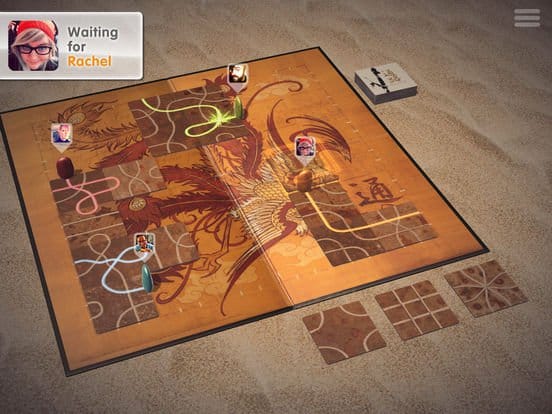 From a design perspective, Tsuro’s on iOS feels just like a board game.  The app does a great job of translating the fun of a board game.  You open the box, fold the game out and even tap on the cards to move the player.

Unlike a physical board game, the app gives you background music and audio feedback when you score.  I played the board game once, and it gets a little difficult tracking your stone across the board.  The colored paths make it easy to keep track of where you’re going.  You can even cheat a bit.  Tap on the card, and it shows you an outline of your path before you play.

The app takes up about 150MB, so it should fit on most iOS devices. My iPhone SE was a bit slow to load, but the gameplay was quick.  On a small screen, it was hard to play,  I’d recommend this on an iPad instead of an iPhone.

The three different ways to win keep the game interesting even after you get the hang of it.  I’m keeping this one and recommend our groovyReaders give it a go also!