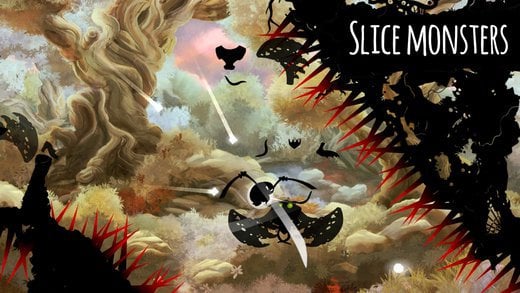 This week, the Apple App Store Editors have chosen an artsy hack-and-slash bug killer called Shadow Bug as its iTunes free app of the week. Normally $4, it’s free until Thursday, October 20th. Let’s take a look and see if it’s worth a download.

This week’s free app is the action game Shadow Bug. Normally it’s $4, but you can get it free from iTunes or your iPad or iPhone App Store until Thursday, October 20th.

Imagine Badland crossed with Fruit Ninja. The hero of this story is a bug (who looks like a Bad Robot) trying to protect the forest from monsters who somehow emerge from factory pipes. To advance in the game, you need to slice up the monsters and find the portal to the next level.

The parallax forest background set the perfect scenery for this game. You’re encouraged to preserve the forest because it’s gorgeous. The deep soundtrack keeps the allure going. At the start of the game, the game recommends using headphones. Without headphones, you’re missing a big part of the game.

If you’re looking for a quick, grown-up version of Badland, this game is for you. Jump, slice the monster and defeat the boss. Pretty simple. I wouldn’t recommend this game for younger kids, however. The game is dark and scary but doesn’t rise to the level of horror. I could see those monsters causing a few nightmares. See the pictures and decide for yourself. 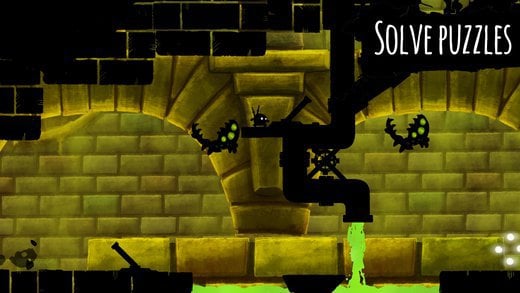 The game loaded painfully slow on my iPhone 5s. By the time it loaded, I already lost a significant chunk of my interest in playing it. The game takes about 250 MB, so it’s not a space hog, but something I’d delete when I was running out of space. I kept it on my iPad Air 2 because it’s a faster device, but it’s off my iPhone 5s until I upgrade. It’s not the most groundbreaking app out there. However, the art is nice, and if you want some quick, brain-dead fun, this app might be for you.