This week’s free app is the racer game Hyperburner. Normally it’s $3, but you can get it free from iTunes until Thursday, April 20th.

This week’s free app is the racer game Hyperburner. Normally it’s $3, but you can get it free from iTunes until Thursday, April 20th.

The concept in this game is pretty simple – fly through obstacles and avoid hitting them. As you get to higher levels, you get faster ships that can be harder to control.  The only control you have here is the dragging of your finger, so it’s easy on even a small screen. The art needs an iPad to fully effect the stunning visuals. 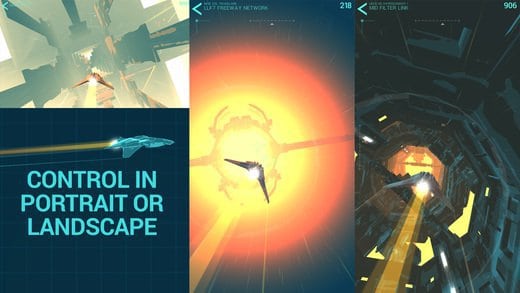 You need a steady hand and quick reflexes for this game.  I have neither but still enjoyed it.  I wish they had an AppleTV version of this game like the developers did with AG Drive.

My problem with the game is I got bored quickly.  After a few rounds, it seemed monotonous.  The game got harder, just not more interesting.  It was easier to control the ship on the smaller iPhone screen, so I’d suggest beginners start there. 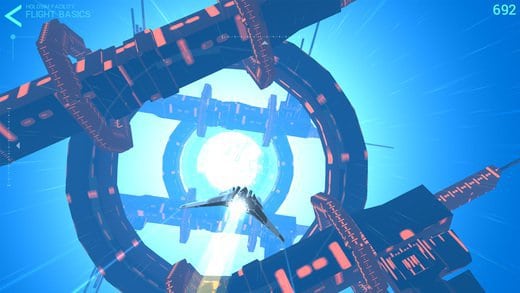 The app takes up around 95MB; however, it requires an iPhone 6 or higher. I’d recommend downloading it this week in hopes they develop a TV version. It works on any screen, but the bigger the screen, the better.