This week’s free app is a bizarre, massive open world game called Goat Simulator, normally $5, but you can get it free from iTunes until Thursday, December 22nd.

I don’t know!  It simulates a comical goat jumping around, licking everything, and knocking things over. The gameplay was very hard to figure out. You don’t really move the goat, but point it in the direction you want it to go. Then the goat acts silly. If you don’t like a goat, you can change to another animal, like a penguin. To me, the whole game seems like a joke taken too far. 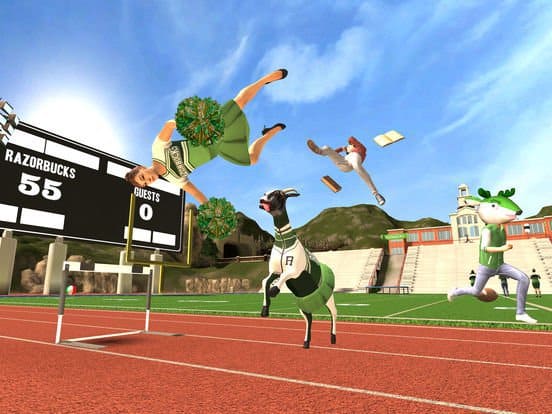 I don’t know!  The humor in it would appeal to kids, but the game takes a while to figure out. The target market here is probably people who like South Park or the typical Seth Rogen movie. If seeing animals behaving badly and doing dumb stuff is your thing, then this game is for you. If you need a point to a game, then this isn’t the game for you. 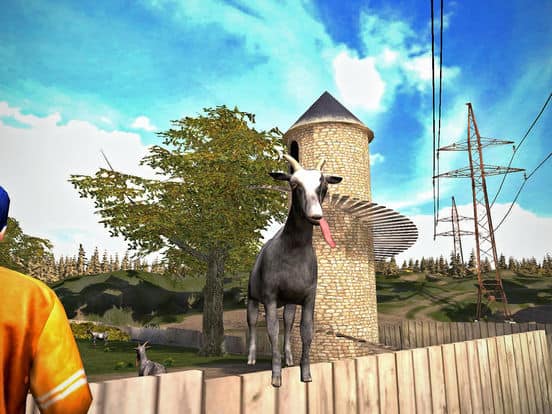 The app took forever to load on iPhone 5s. It was over a minute on the loading screen. At 416 MB, it eats up storage space, much like a goat that goes around and eats everything. I wouldn’t recommend the game, but since it’s free, you’ve got nothing to lose but storage space. I got as much out of the game as I paid for it, so I’ll put that in the win column.