This week’s free app is the story puzzle FRAMED. Normally it’s $4, but you can get it free from iTunes until Thursday, June 15th.

This week’s free app is the story puzzle FRAMED. Normally it’s $4, but you can get it free from iTunes until Thursday, June 15th.

It’s an interactive story, like Lifeline: Whiteout, but here you move the story along by arranging the storyboard. Put them in the wrong order, the story stalls. Get the parts correctly staged and the story moves along. In that aspect, the game is like the famous Monument Valley. 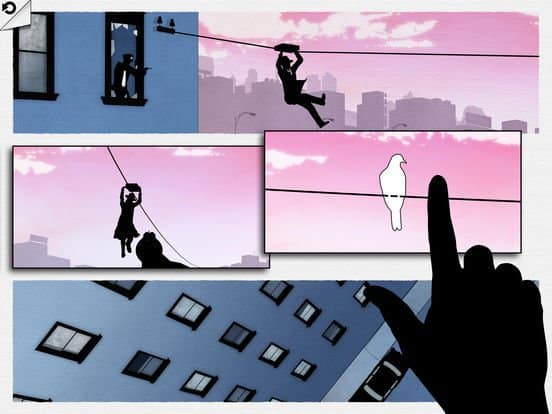 The animation here is classic comic book style, but with a little Archer and Mad Men thrown in there. The music keeps you entertained while you figure out the story.

This is a PG-13 game since it has simulated blood and death. The adult theme of running from the police probably isn’t good for kids either. 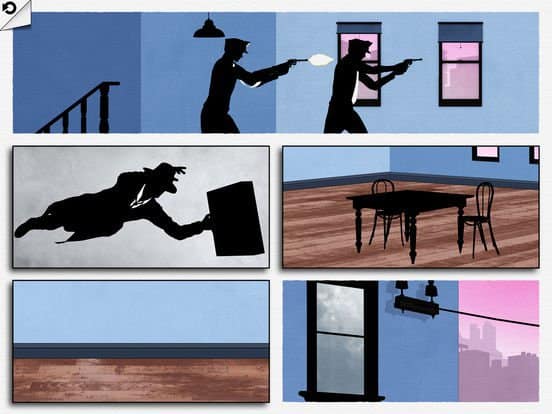 Everyone else will like figuring out what’s next in the story. In many ways, it’s like an interactive book. Since it isn’t an arcade-style game, you can pick this up at any point. Don’t bother playing it on the iPhone:  it’s too small.  The app is fine on the iPad but really shines on the Apple TV.

The story takes up about 350MB. You’ll get through it within an hour or so, therefore it’s probably not worth keeping after you play it. If you have an Apple TV, play it there and keep it for others to explore.

What do the Reviews Say?

Taking a look in the Apple App Store, the game has over 1,100 reviews since it’s release with an overall rating of 4.5 stars. Not bad. Here’s what other various reviewers think of the game online:

“My best game in this year without any doubt.” – Hideo Kojima (Metal Gear Solid)
“It looks like a work of goddamn genius.” – Kotaku
”I was blown away by Loveshack’s Framed.” – Penny Arcade
“Guilty of Awesome.” – Rock, Paper, Shotgun
“Noir-drenched motion comic puzzler gets big thumbs-up.” – IGN
“Framed has an incredible art style, and it plays unlike anything else we’ve seen.” – Slide to Play
“Framed meshes narrative and gameplay like nothing else.” – Mac Life
“With a jazzy soundtrack and a gritty vibe befitting its genre, Framed succeeds at telling a story in more ways than one.” – Complex, Pop Culture
“Don’t miss this smart and innovative indie gem.” – Pocket Gamer