This week’s free app is the auto-runner game Chameleon Run. Normally $2, you can get it free from iTunes until February 16th. Let’s review if it’s worth the download.

This week’s free app is the auto-runner game Chameleon Run. Normally it’s $2, but you can get it free from iTunes until Thursday, February 16th.

Just like others in the field, such as Sonic, the game is all about getting from point A to point B and jumping over obstacles along the way.  In Chameleon Run, the twist so-to-speak is you’ll need to switch your color sometimes.  When you jump, you need to match the color of your destination.  That quirk adds a huge level of difficulty.  If you forget to switch, it’s back to the beginning. 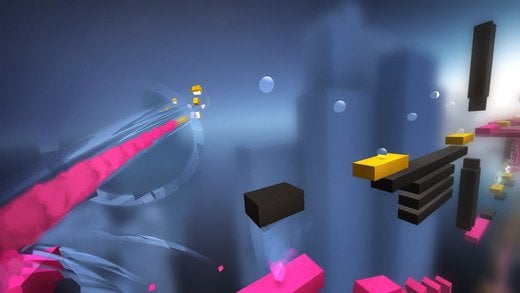 Along with support for iOS, the game also works on the Apple TV.  The gameplay is the same on all devices.  One button jumps, and the other changes color.  Apple doesn’t include free Apple TV apps too often, so this game is a nice addition.

Chameleon Run supports Game Center, so you can sync among your devices.  They even include a Facecam to chat with friends while playing. 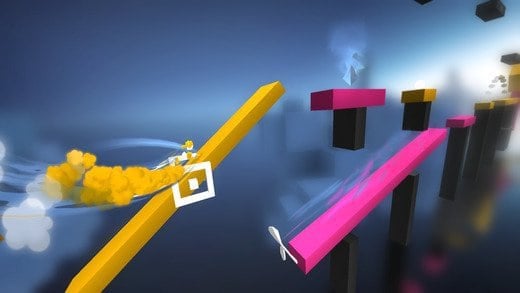 Young or old, I think anyone will enjoy this game.  Each round is short and gives you a little distraction.  It’s difficult enough to challenge you without being impossible.  The soundtrack and social features enhance the gameplay as well.  For me, though, I love the Apple TV version. 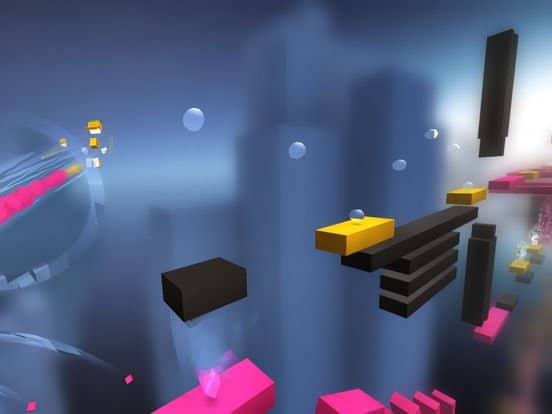 The app takes up 95MB, which is below average for most games. I deleted this off my iOS devices, but I’m keeping it on the Apple TV. It’s the perfect game for a brief distraction and a little fun.