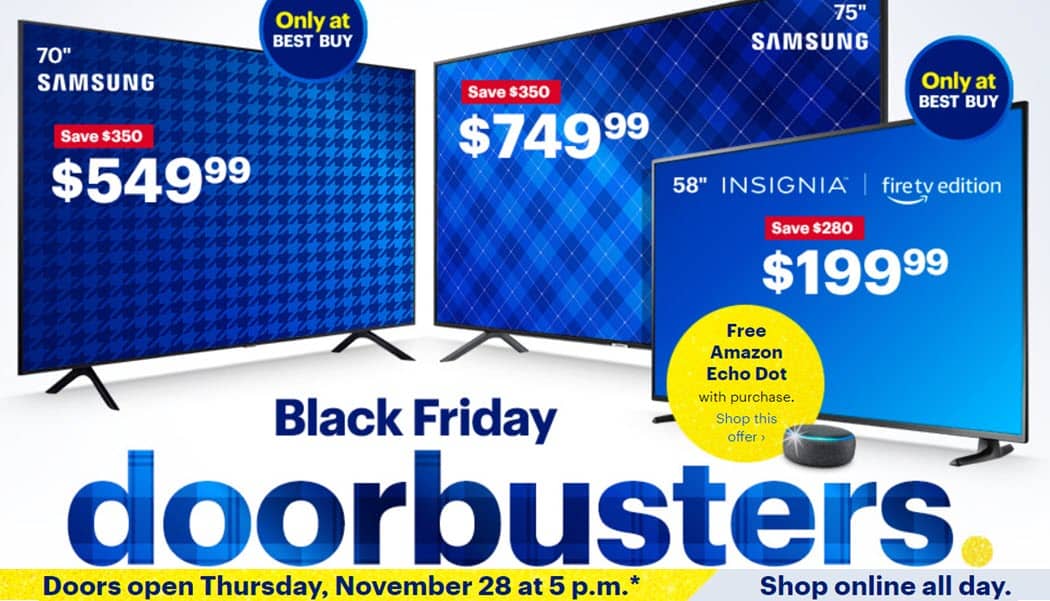 Best Buy has some of the best Black Friday technology deals we could find. Most of these deals are available before Black Friday. Details inside.

Best Buy has some of the best Cyber Monday technology deals we could find. We’ll be updating this list often in the coming days as more deals are posted.

Get a one-year subscription to Disney Plus for just $59.99!

As usual, Cyber Monday is a great time to buy a gaming console — and some of the hottest games on the market.

Whether you’re looking for a PC or Mac, Best Buy has you covered with huge deals on computers.

Headphones and earbuds are available with great discounts. Limited supplies, however.

When shopping at Best Buy around Cyber Monday, it’s best to check for new deals often. The retailer is often changing its promotions both online and in stores. Happy shopping!