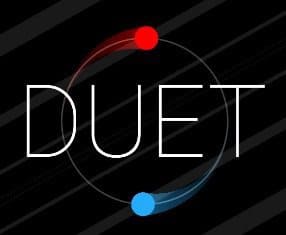 This week, the Apple iTunes App Store is offering a FREE download of the Duet Game  – available on the iOS platform for both iPhone and iPad. 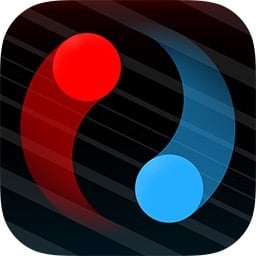 This week, the Apple iTunes App Store is offering a FREE download of the Duet Game  – available on the iOS platform for both iPhone and iPad.  Duet is a hypnotic action arcade game with a mesmerizingly beautiful soundtrack by Melbourne composer and Gotye multi-instrumentalist Tim Shiel. This award winning game was featured as one of Apple’s App Store  “Best of 2013”. Duet has also received acclaim from AGDA for Best Design and Best Audio, PAX Indie Showcase and Intel Level Up Grand Prize Winner for Best Action and Best Sound.

Elegant and minimal, Duet players must navigate two orbiting spheres past an increasingly complex maze of falling obstacles. As the difficulty increases, the tension mounts, and a peculiar narrative unfolds…

Available as a separate purchases

More about the Developers – Kumobius

“Duet is a masterpiece of simplicity, feeling and flow.” — Ben Kuchera, Polygon

“Duet does what the best video games do.” — Mark Serrels, Kotaku

“Duet is yet another stellar entry into the pantheon of challenging minimalist survival games on iOS.” — Carter Dotson, 148 Apps ★★★★½

“Shiel’s soundtrack… is as innovative as the game it scores” — Jake Cleland, The Vine

“Your eyes, ears, and thumbs were built to perform this Duet together.” — John Polson, Indie Games

“But while the aesthetic of Duet is familiar, the gameplay is all new.” — Mark Brown, Pocket Gamer

“…Duet’s plaintive and melancholic aesthetic imbues it with a sense of the profound.” — Shaun Prescott, CVG

“The soundtrack is fantastic, providing upbeat and enjoyable audio to complement the terrific visuals.” — App Smile ★★★★½