This week’s free app is the video editing program 8mm Vintage Camera. Normally it’s $2, but you can get it free from iTunes until Thursday, September 7th.

This week’s free app is the 8mm Vintage Camera video editing program. Normally it’s $2, but you can get it free from iTunes until Thursday, September 7th.  Note the iPad and iPhone versions are separate, so you’ll want to buy both.

Think of the filters in Instagram and Snapchat, but apply them to video.  The app captures video and then lets you make it look vintage.  What’s old is literally new again.  It will also load videos already on your device. 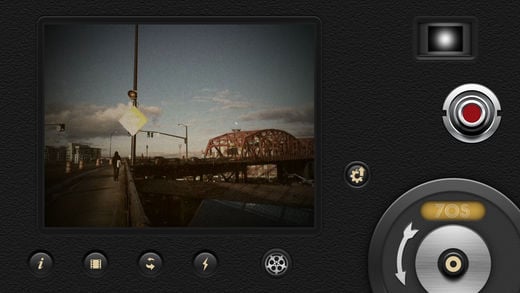 If the skewed colors aren’t enough, the app lets you put in a “jitter” to have the frame shake.  It even lets you add the sound of a projector.

Those of us who remember what a film projector was can relive the old days of the videos.  Users who grew up in the digital generation will learn how far we’ve come in capturing the true world.  Those skips and flaws in older equipment gave character to our memories. 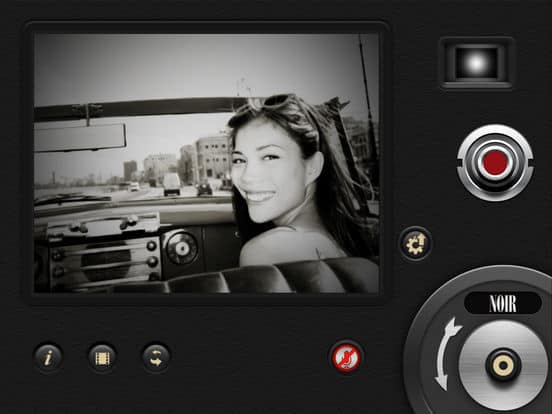 Kids will love playing around with how quickly the world changes when you switch to black and white.  I’m looking forward to answering the question, “Were colors really like this in the 70s?”

The striking feature of 8mm is the skeuomorphism:  changing the video is just like it was “in the old days.”  The buttons and dials make sense and create the theme.  This app has been around since 2010 without many changes, so I think Apple wanted to pull it from the archives and remind people it’s a cool app.

The app takes up a piddly 22MB and requires iOS 8.0. Those minimal requirements make it great to hand down an older phone to a child to play with, just be sure to get a good case for it.  Obviously, the video created could take up space here.