If you’re a fan of wrestling, both new and classic, especially as a kid, this channel provides nostalgia, and is everything you need for wrestling entertainment.

Yesterday, I asked the readers if they are cord cutters. It was a question that came to me as I watched hours of professional wrestling strictly for review purposes on the WWE Network. The network is World Wrestling Entertainment’s streaming service, and it’s great. It gives you access to a plethora of content. From the newest matches and story lines, original programs, all future PPVs free, and everything in between. I was blown away by the amount of content the channel has.

As Shelley O’Connell commented in my cord cutters piece, “The uptick in sports streaming apps is long overdue! Sports has been the one big hurdle for cord cutters.” Sports programming is picking up, and it seems like it had to before more users were willing to start making the switch to streaming services.

I enjoy pro wrestling, but I’m what you call a cord cutter too. I’ve been one for roughly five years (this was before I even knew there was a term for it). I didn’t have a way to enjoy WWE’s brand of sports entertainment since it’s mainly on cable television. Then, earlier this week, World Wrestling Entertainment launched its WWE Network service. It’s 100 percent pro wrestling programming. 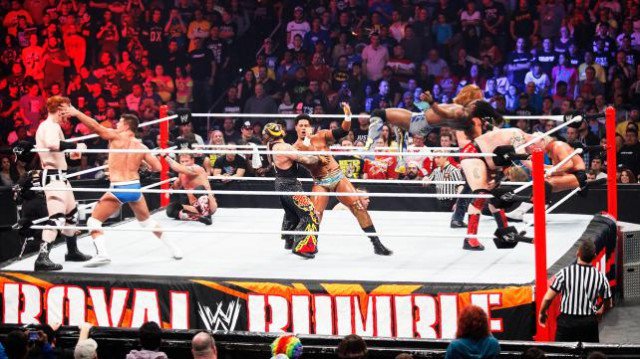 Sure, some of my friends complain. They say pro wrestling is fake. So what? Everything on TV is. Heck, even the news is inaccurate or biased these days. At least wrestlers will admit that they are just performers. The most important thing is that it’s entertaining.

In the past few days I’ve watched some Royal Rumble, Wrestlemania, and Old School Raw. It’s a real throwback to my childhood days of watching WWE (which at the time was known as WWF) and cheering for several of my favorite wrestlers. Now there are a lot of new faces, but some of the classic heroes still show up on occasion to help drive the story.

If you’re a fan of wrestling, both new and classic, especially if you were a big fan of WWE back during the WWF vs WCW days, this channel is everything you need for wrestling entertainment. For $9.99 a month I can watch unlimited wrestling entertainment whenever I want to. Honestly, this is one of the few channels I need on my Apple TV. Combined with Netflix and Crunchyroll, there really isn’t anything else I need. That still adds up to less than a cable bill, and I’m getting content that I want, and I can watch it whenever I want sans commercials.