With the latest version of Windows 8 in the wild, more information is starting to surface about the new OS. Unfortunately, not all of it is good news. 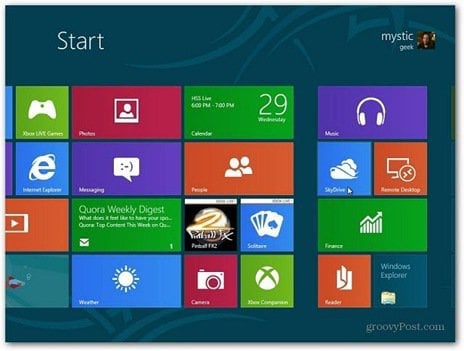 Believe it or not, according to an entry in the registry of the Windows 8 Consumer Preview, the newest version of Microsoft’s OS will have no less than nine versions. Well, six if you remove the Pre-Release and Eval versions but still, it’s apparent Microsoft still hasn’t learned the lesson of simplicity yet.

Take a look for yourself by looking through the registry. Just run Regedit (type regedit in the Windows Explorer path bar, for example). Then navigate to:

(phew, that was a long one!) and you’ll get what you can see in the screenshot below. 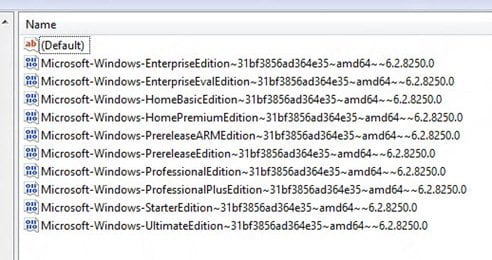 Looking back to Windows 7, they also had six versions however only three were widely available on retail channels – Home Premium, Professional and Ultimate. On the other hand, Microsoft said, quoted by PCMag, that it has yet to decide how many flavors the new OS there will be, and, being that were still quite a few months ahead of the release, there is still time for MS to simplify things a bit (please) like its competition (Apple…).

Why so many versions? Well, the Microsoft spin will be — To give Options to its customers! However, in the real world, we all know that it all comes down to money. By releasing multiple versions, Microsoft can charge a premium for the more advanced features which are only found in the Ultimate or Enterprise versions. In Windows 7 these features included drive encryption technology BIT Locker, Branch Cache, DirectAccess, VHD Drive Booting and the MUI interface just to name a few. Most of these features were targeted at the corporate market who have the deep pockets.

In the end, Microsoft is in business to make money and I respect that. As a consumer, however, it just rubs me the wrong way.

What do you think? Too many versions or not a big deal since you don’t use most of those Enterprise features at home anyway?