Windows 8 has been released to manufacturing, its shipping bits are finalized. It will soon be available for MSDN and TechNet subscribers. Here’s why I am making the switch right away.

I’m as excited about this release of Windows as any I recall. And as soon as possible, I’m moving to Window 8 on my production computers. I’ve been using the Consumer Preview on a laptop since its release. And while I’ve heard all the grumbling, I see Windows 8 sporting some great new features. I’m just talking about the traditional desktop, and not a single Metro Style app.

So, what are these great new features? We’ve done a lot of deep dives into the new features of Windows 8, so I’ll just recap the features I find most compelling.

Storage Spaces. With Windows 8, my large 3TB drives are recognized as a single drive partition. But what’s even more groovy is Storage Spaces will consolidate multiple physical drives into one logical drive and automatically handle data redundancy.

This makes file storage on each of my PCs safer. It also means I can replace my aging Windows Home Server (WHS), with its Drive Extender technology, with a Windows 8 machine. But unlike WHS, Windows 8’s Storage Spaces is fully integrated with Explorer and other Windows tools, making this a fascinating storage solution. 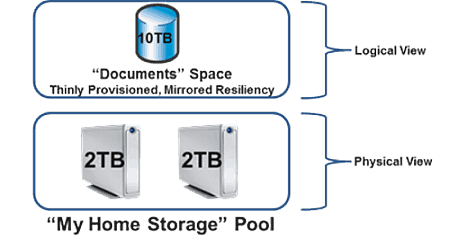 SkyDrive. Microsoft is serious about the level of integration of cloud storage in this release, and early reviews seem to suggest that Microsoft has got it right. Once you try cloud storage with this level of OS integration, you’ll never look back, I promise.

File History has been around in Windows for some earlier releases, but Windows 8 does a better job of exposing it to users. Finally! A file history solution that gives you the ability to go back to earlier versions of files quickly and easily. 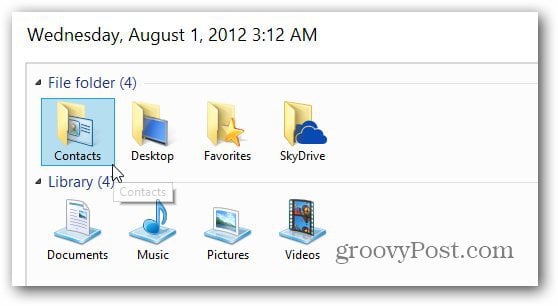 Windows Desktop. In Windows 8, there’s several refinements to elements of the OS. They might seem minor, but they add up to an improved experience overall. Windows Explorer gains a ribbon interface, copying and moving files is flexible and you can mount disk images as part of the file system. Add to that a robust new Task Manager and the Windows 8 desktop experience is better than previous versions.

Windows Switcher shows thumbnails of running programs to quickly facilitate moving between active windows. It also allows for the display of a running Metro app on the left or right side of the screen.

Hyper-V technology is Microsoft’s industrial strength virtualization engine that was introduced in Server 2008. Provided your system can utilize Hyper-V, it will let you run different operating systems or applications in a sand boxed environment.

Faster Booting, Recovery and Restore. Microsoft fields new technology which makes booting Windows 8 blazing fast, even from a spinning disk. Install Windows 8 on a solid state drive (SSD), and you had better not blink or you’ll miss the boot up.

Security Essentials is now built into the OS as part of Windows Defender. But that is just the start of the security story. At the week long Black Hat and DEF CON security conference in Las Vegas, only one OS escaped unscathed. Yep. Windows 8 is the one!

Finally the grooviest part of  why I’m switching to Windows 8. You get all of these new features for the introductory upgrade price of $39.99.

I haven’t even talked about a single Metro style app. In my opinion, there’s plenty of reasons to make the switch. Have you given Windows 8 Consumer Preview a try yet? What are your plans as we move into general availability this Fall? Leave a comment and tell us about it.