I was recently asked a question from a new Mac user about iCloud.

I just bought as much space as I could on iCloud, can I back my Mac up to it?

After searching long and hard for what I thought you can do, I came to the realization that you can’t. Not in OS X Lion, and from the looks of it, not in Mountain Lion either. 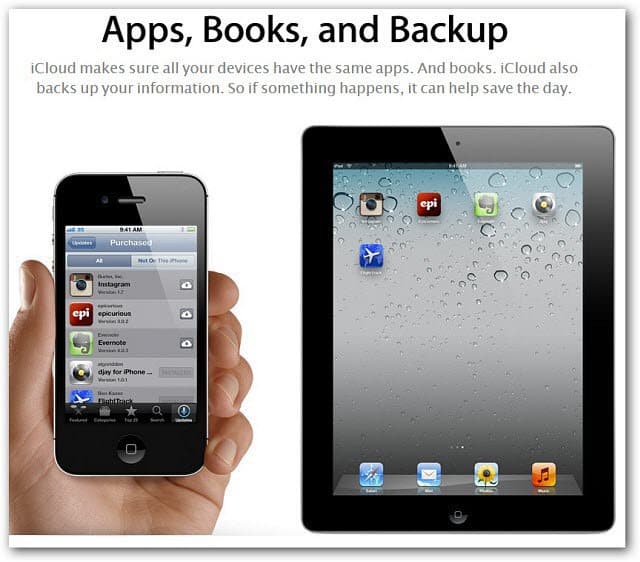 So far iCloud has been tailored for use with the iPhone, iPod touch and iPad. But it hasn’t been completely integrated into OS X. Apple’s Mountain Lion — due out this summer — takes a number of steps to make it more iCloud compatible. Mountain Lion will have standalone apps including Messages, Reminders, Notes, Game Center and Notification Center. It also offers a backup solution for iDevices — but not the system. There’s been no indication that backing up your full Mac system is anywhere on Apple’s road map. Apple’s iCloud storage offers up to 55GB’s of storage. So this leaves me wondering what customers will do with all the space they’ve purchased.

Even with your iOS devices, it might be difficult to actually utilize the full 55 gigs. Since a lot of the data you purchase from Apple doesn’t count toward your allotted storage. Photo Stream, Songs in iTunes Match, Apps and iBooks won’t take up any of the storage Apple offers. The only things that this storage will be used for is saved Photos, Documents, and iOS backups. So why can’t Apple use some of that space to backup essential system data as well?

There are justified arguments for why Apple is not doing this. For starters, it would require a lot more space than the maximum amount of storage currently offers to do a complete backup image. It also wouldn’t compete well with other solutions like CrashPlan and Carbonite which back up your entire computer regardless of the capacity at a low cost. But Apple has a knack for charging a premium for a simpler solution. The company is also fond of reinventing the wheel. With this in mind, it could be possible to backup the Mac and keep within the 55GB limit. 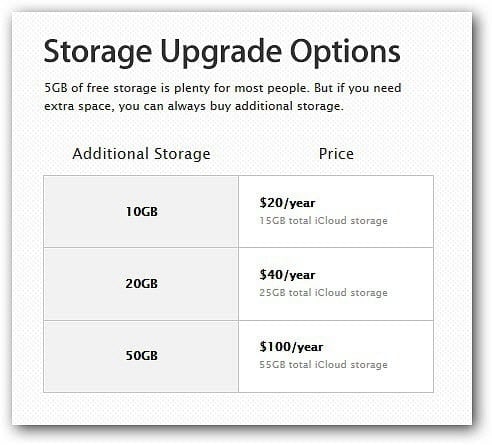 To accomplish this, we have to figure out what we actually need from a backup. Traditionally speaking, this would require a drive that’s at least the same size as your computer’s internal drive. This may no longer be necessary, though. With most of your files already living in iCloud or the iTunes Store, the purchased storage would just be used for additional files and information required to put things back the way you left them. Apple actually had a feature in MobileMe that kept personal settings in sync across multiple Macs. Instead of syncing that information, the company could store it in iCloud and use it to restore your system in the event of a crash. This wouldn’t be an actual disk image, but it would still get the job done.

The main issue relies in perception. Some users aren’t “in the know” about how iCloud actually works. They don’t realize that their Mac won’t back up to iCloud the same way their iDevices do. This will result in people buying more iCloud space, only to be disappointed when they discover that they still need another solution to backup their full system. Until Apple works some magic and includes the ability to backup the Mac to iCloud, we’ll have to settle for the next best thing which we’ve detailed here in a previous article. 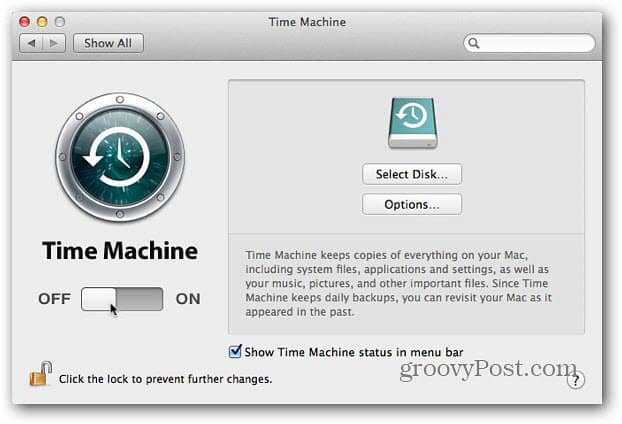 Apple has done a fine job of making the backup process to local drives painless. Hopefully we’ll be able to back up our Macs with the same ease.

Or here’s a scary thought: Perhaps it’s no mistake that Apple left out the Mac when it comes to backup. Maybe in the future we’ll all be exclusively using iOS, and this whole argument will be moot.

I’m interested in hearing what you think. Leave me a comment and tell me your thoughts on iCloud backup.