Here’s a way you can take advantage of the fact that not everyone on eBay is a spelling bee champ. Let’s say you’re looking for a home theater system, preferably one made by Klipsch, whose speakers you’ve always admired. 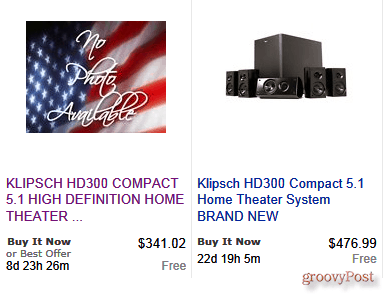 You check out eBay, and, ouch, the only Klipsch systems you can find are in an ad like the one here where the Buy It Now prices are as high as $477–out of your budget. But maybe you could buy a “Klipsche” system for less. Rerun your search, only this time deliberate misspell Klipsch by adding an unneeded “e.”

Sure enough, check out the second screen shot, where one seller didn’t know how to spell Klipsch. The auction is for the same model as the two more expensive systems, and it’s new, just as they are. It’s safe to say you’re the only one looking for a “Klipsche” home theater because this system hasn’t received any bids. You can grab it before anyone else has a chance at the $175 buy-it-now price, or you can take the chance that not too many other buyers are on to this spelling trick, and bid to get it for $40 less. 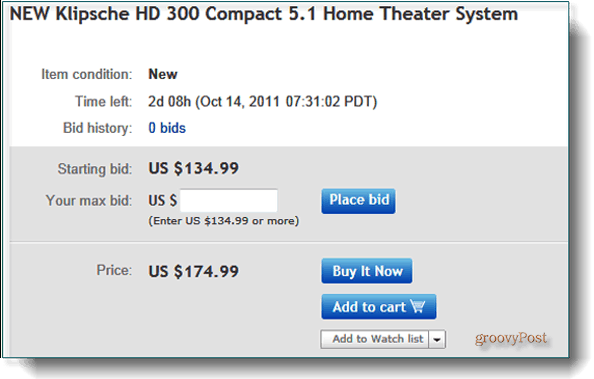 When it comes to typos produced purely by fumbling fingers, check a site such as  typoBuddy, one of the sites that provide online assistance finding goofed product names. TypoBuddy identifies the search terms that most often contain typos:

All right, the last one I just made up. But the others are real, and shows being inventive with spelling often pays off.  Give it a try next time you’re screen shopping at eBay.