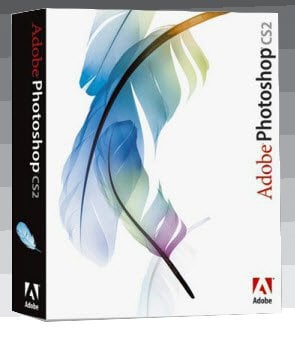 Adobe Creative Suite 2 was released in 2005, but despite what Adobe says, unfettered downloads of some of its most popular and expensive software is growing.

No, I didn’t mean, ya know, hot. This all legit, legal, and not crippled trial versions. The cost? Zero, nada, and zilch. That’s right! Adobe Systems is giving it away!

The catch? Well, there is the fact that all the software is from CS2 versions or thereabouts for programs such as Acrobat Pro, and Photoshop Elements. CS2 was released in 2005, and so you’re not getting the   latest cutting-edge tools.

All this is providing Adobe doesn’t change its mind and jerk back the Web page that lists the downloads along with matching serial numbers. According to Ars Technica and Practical Photoshop, over the weekend Adobe posted the page called “CS2 Downloads,” then took it down, and after a bit, has put it up again. Practical Photoshop cites a notice posted on the Adobe forum that claims the company is not giving away its products, according to Adobe scientist Dov Isaacs:

“You have heard wrong! Adobe is absolutely not providing free copies of CS2!

“What is true is that Adobe is terminating the activation servers for CS2 and that for existing licensed users of CS2 who need to reinstall their software, copies of CS2 that don’t require activation but do require valid serial numbers are available. (Special serial numbers are provided on the page for each product download.)”

I particularly like Isaacs pointing out that the serial numbers–which are the only things needed to make the software work, legally or illegally–are also posted on the site. It’s like telling a burglar, “No. You absolutely may not break into my house, but, here, let me show the door I don’t have a lock on.”

Despite what Adobe says, unfettered downloads of some of its most popular—and expensive—software must be a siren’s song to computer users without the cash for CS6 versions of the programs and without a concern that the downloads are out of date.

In case Adobe takes down the page a second time, before you’ve had a chance to take a look, here’s a look at it. 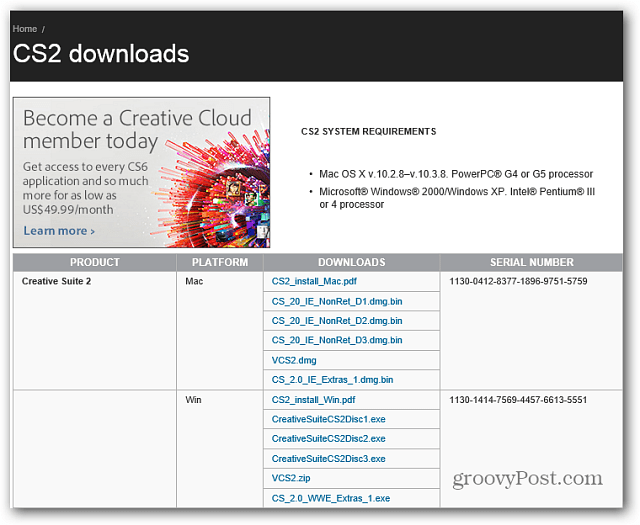 I heard the song of the siren and downloaded Adobe Premier Pro2.0, Adobe’s video editing leader of the pack. The 1gig program took more than an hour to download in the middle of the night, an indication that there’s an unusually large number of users sucking down software. It took me only a few minutes to install and to enter the 24-digit serial number. The program flicker to live without calling the cops. It won’t make anyone a Spielberg, but it’s a powerful program for editing the vacation videos.