While waiting for Nokia and other companies to release Windows 8 tablets, you can experience the Windows 8 Metro UI on your iPad…yes, your iPad. Here’s a look at Splashtop’s Win8 Metro Testbed iPad app.

While waiting for Nokia and other companies to release Windows 8 tablets, you can experience the Windows 8 Metro UI on your iPad…yes, your iPad. Here’s a look at Splashtop’s Win8 Metro Testbed iPad app.

First, download the Splashtop Win8 Metro Testbed app from the iTunes App Store on your iPad. It works on any version of the iPad running iOS 3.2 or higher. For a limited time, it’s only $24.99. 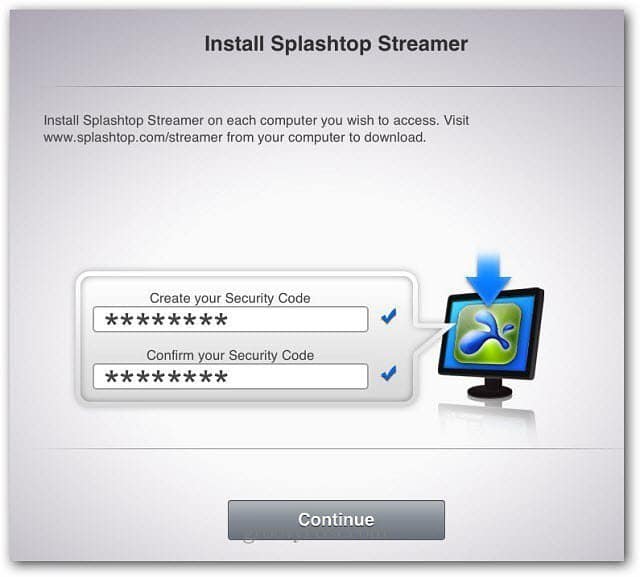 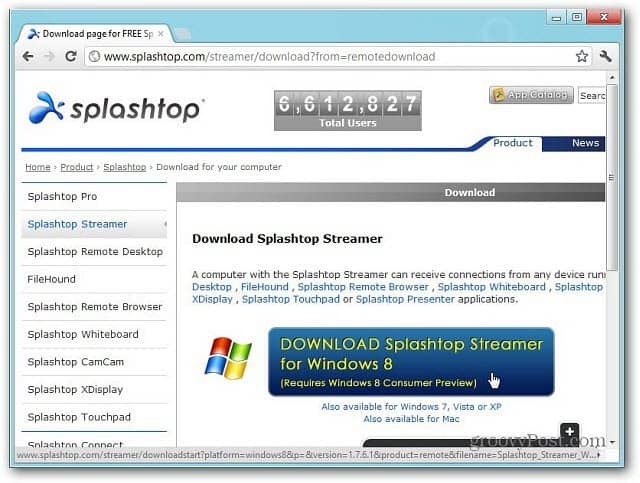 Now install the streamer on any Windows 8 system that you want to access from the iPad. Installation is straight forward following the install wizard. Installation only takes a couple of seconds which is nice.

You’ll see the following screen during the install process. Don’t be worried. The software is perfectly safe. Click Install. 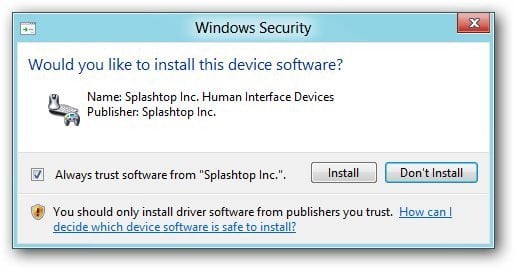 Now it’s time to set up Splashtop Streamer. It also is a quick process. Click Go. 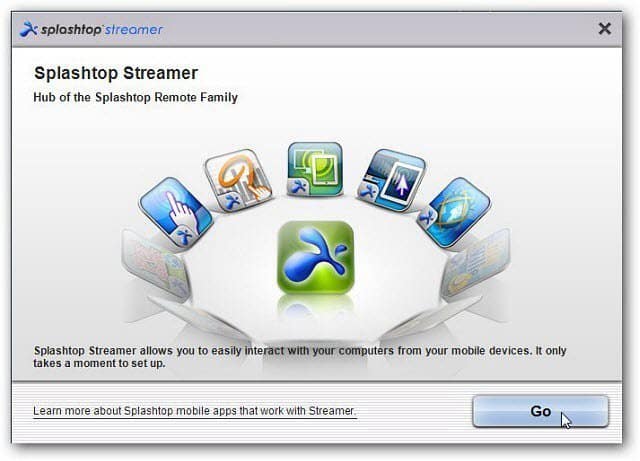 Enter in a Security Code twice. The code needs to be a minimum of eight characters and contain one number and one letter. Click Next. 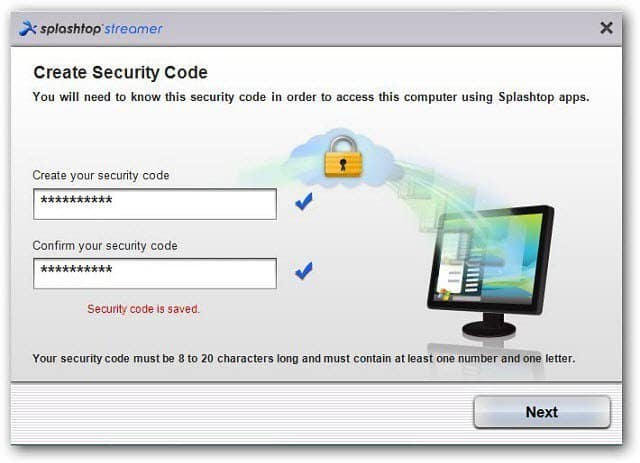 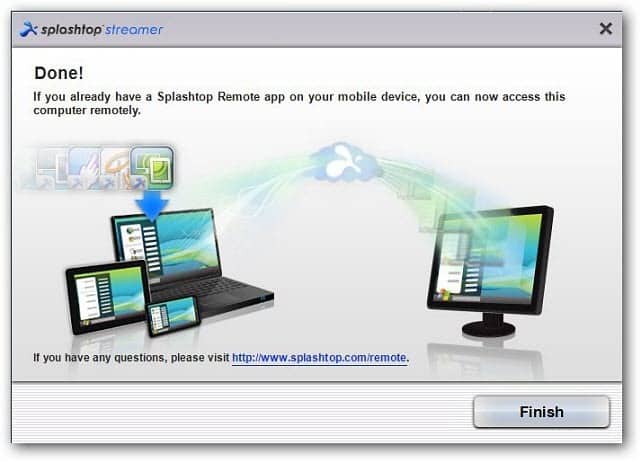 Click the Splashtop icon in the Taskbar to pull up the Splashtop Streamer settings. The IP address is the one you will use to connect with your iPad. You can also change your passcode and manage other network settings like the port number used. 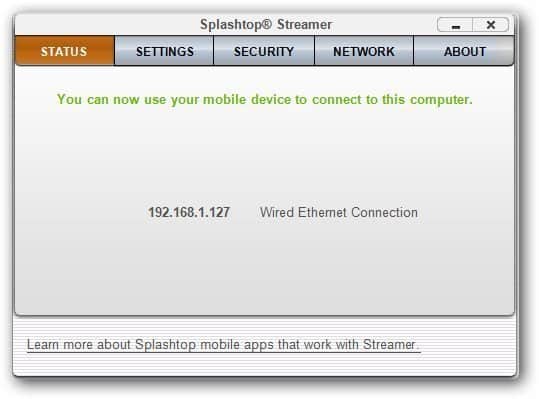 Another cool feature is signing in to your Google account so you can access the computer from anywhere you have an internet connection. 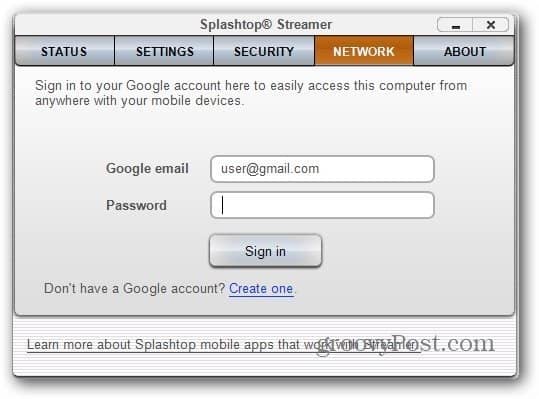 Now grab your iPad and launch the Splashtop Win8 Testbed app. You’ll see a list of the computers you have Windows 8 and the streamer program installed.

They were found automatically on my home network. Tap on the system you want to access. 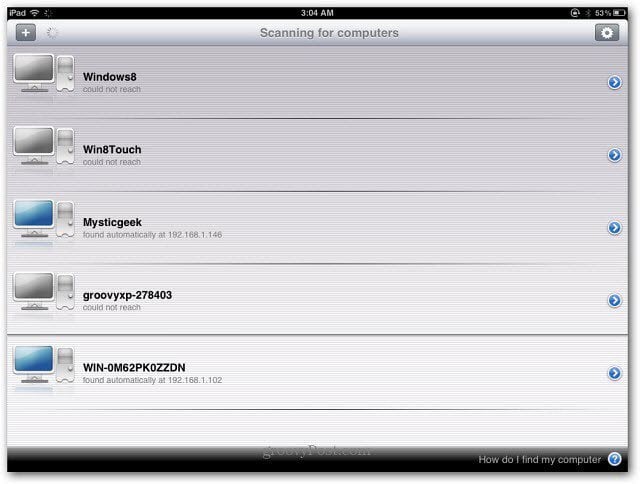 Next, type in the security code you entered while setting up the Streamer on the Windows 8 systems. It offers to remember the code for you – which is always handy. If you’re sharing your iPad with someone else you’ll probably want to leave it unchecked. 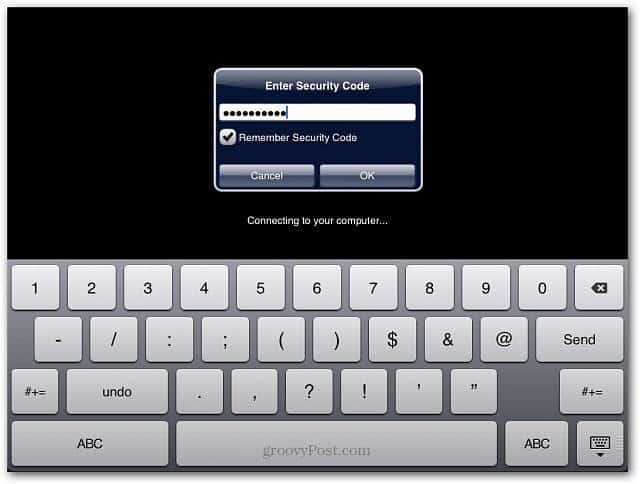 Success! You’re connected to your system. The first thing you’ll see is a handy Hints Control Bar that shows you how to use the app. 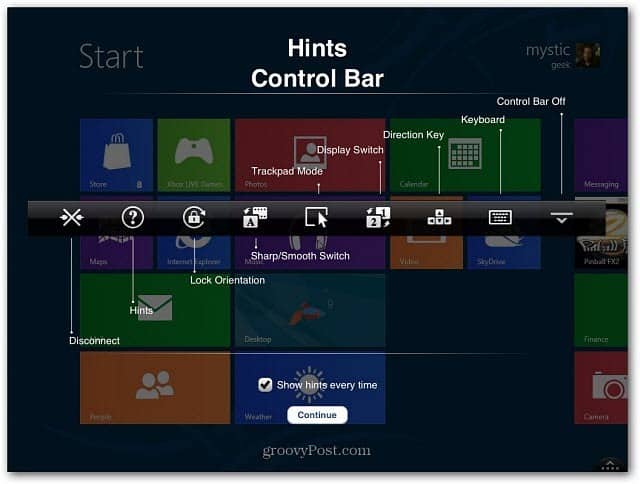 Now you can start using the Metro UI on your iPad. Control is fairly fluid, with a bit of staggering. Expect the new Windows 8 tablets to offer a smoother experience though. The speed of your WiFi network will determine the fluidness of the experience.

As they say, your mileage will vary. I have a fast WiFi connection and had all extra WiFi devices turned of and it worked really smooth. The main thing is you’re able to experience the Metro UI without a mouse and keyboard. You can use touch gestures to control it on your iPad. 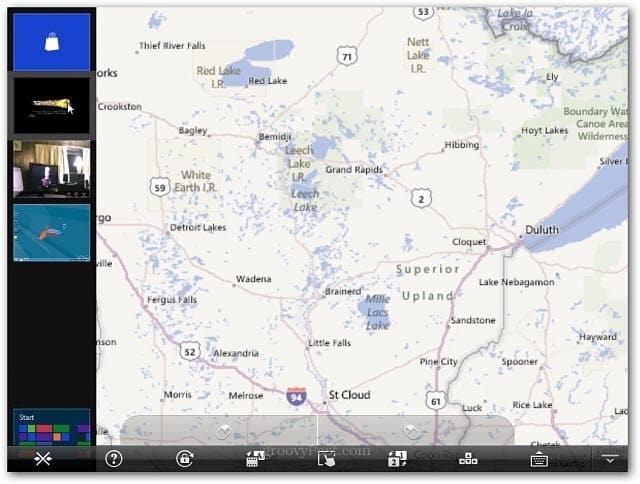 Now you’re able to test out the Metro UI and see what you can expect when Windows 8 tablets become available. 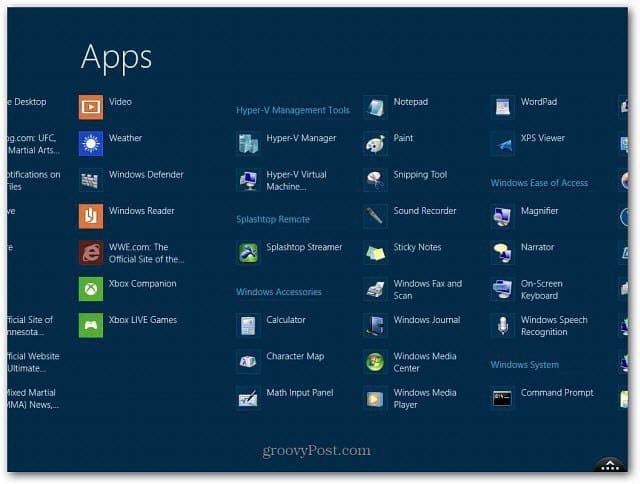 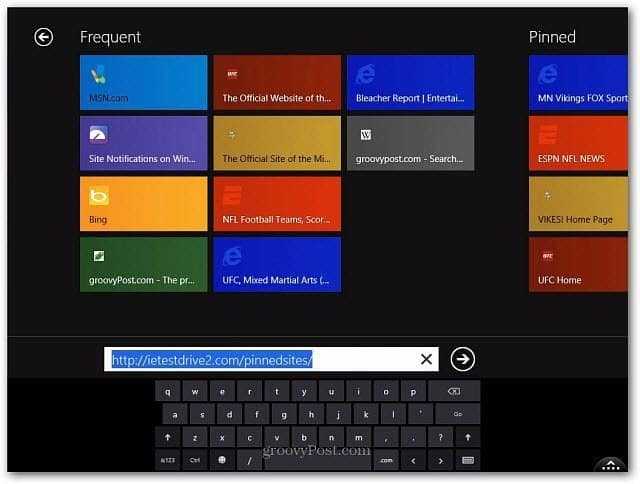 It has a full keyboard including the Windows Key. It allows you to access the desktop as well. 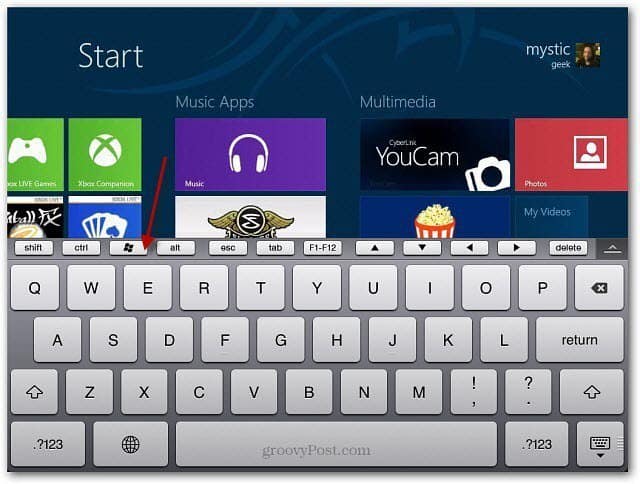 The nice thing about having the Windows Key is you can easily switch between the Metro UI and the desktop. 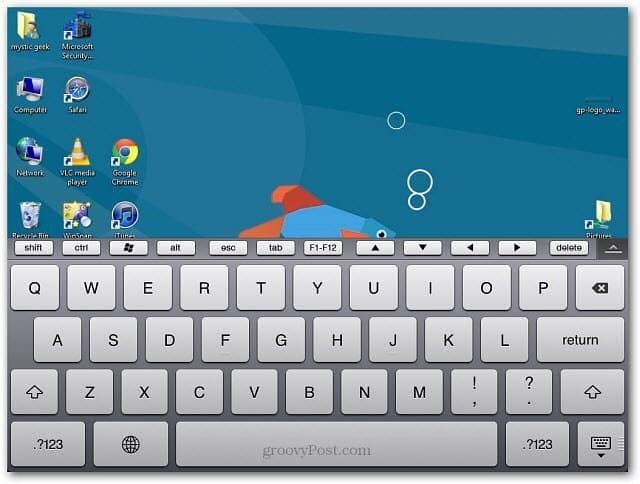 While testing the app, I was even able to access the Camera Metro app on a laptop with a webcam. You’re able to access everything as you would as if you were sitting in front of your Windows 8 system. 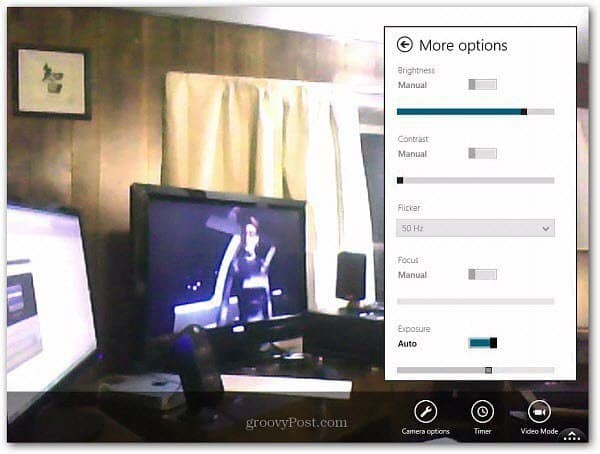 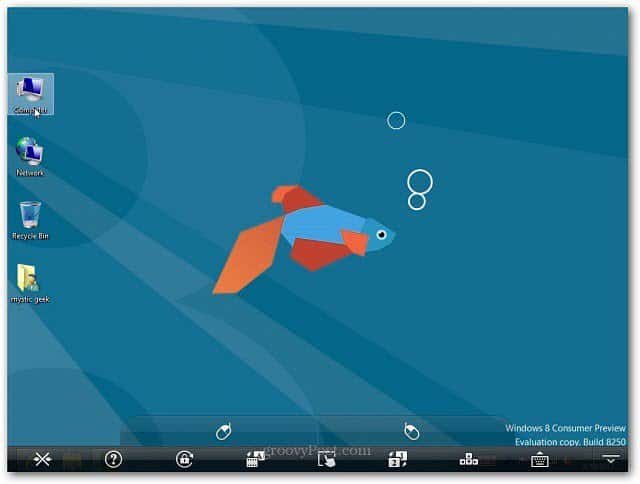 This lets you use your entire iPad screen as a mouse trackpad. Much easier for using the desktop. For instance, here I am using the Trackpad mouse feature to pull up the Power User menu. 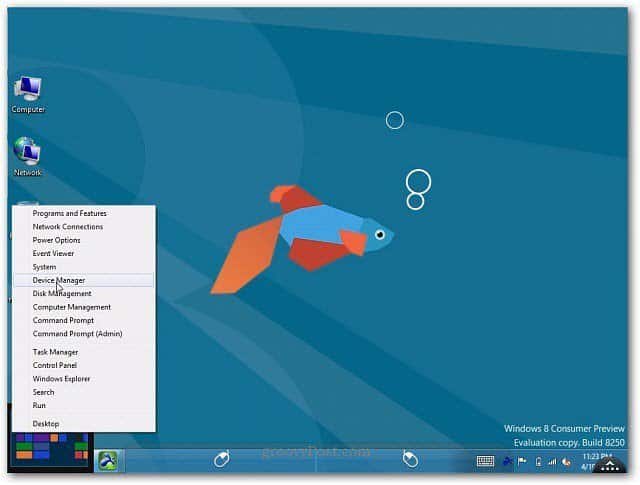 While the main idea behind this app is to see how the Windows 8 Metro User Interface will work on a tablet. You’re also able to remote into other versions of Windows as well – provided you have the Splashtop Streamer installed on it. Here’s an example of running Windows 7. 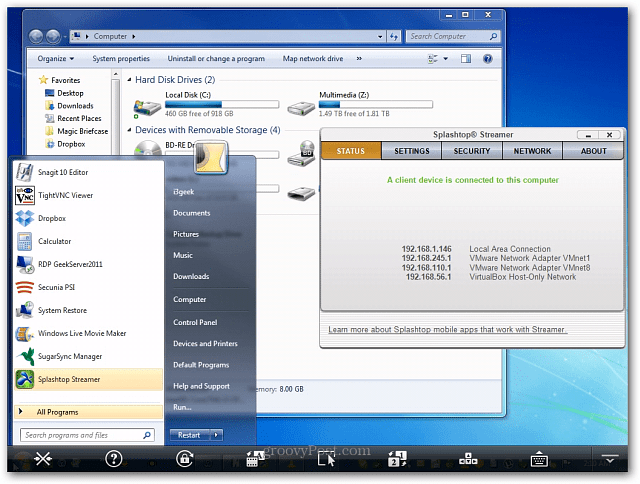 Here’s an example of Vista Ultimate. 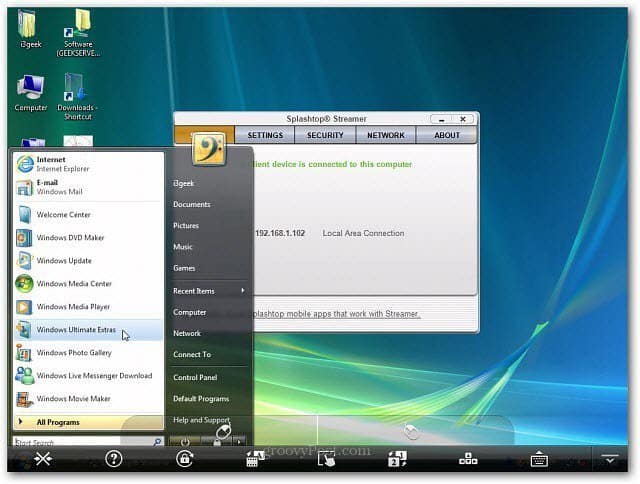 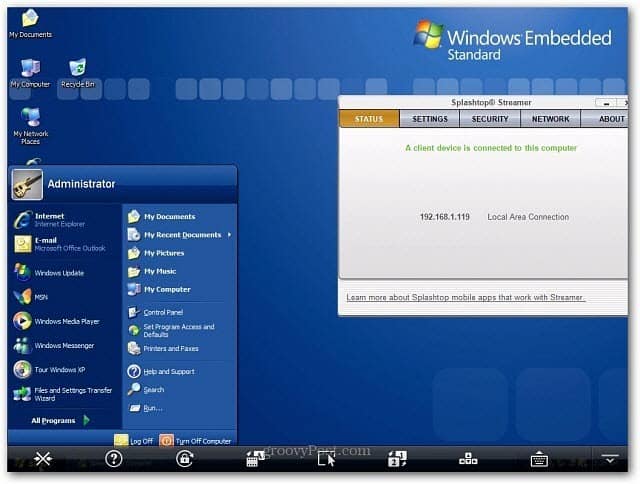 If you don’t have a touch screen system running Windows 8 Consumer Preview, Splashtop Win8 Metro Testbed is an incredible experience. This is a winner hands-down. Plus having the ability to access the Windows 8 desktop and other versions of windows, just adds to its value. I’ve always been a fan of other Splashtop applications, and this one doesn’t disappoint. If you want to test it out, get it soon while it’s half price. You won’t be disappointed.